WA brothel has “operated illegally for more than a century.” 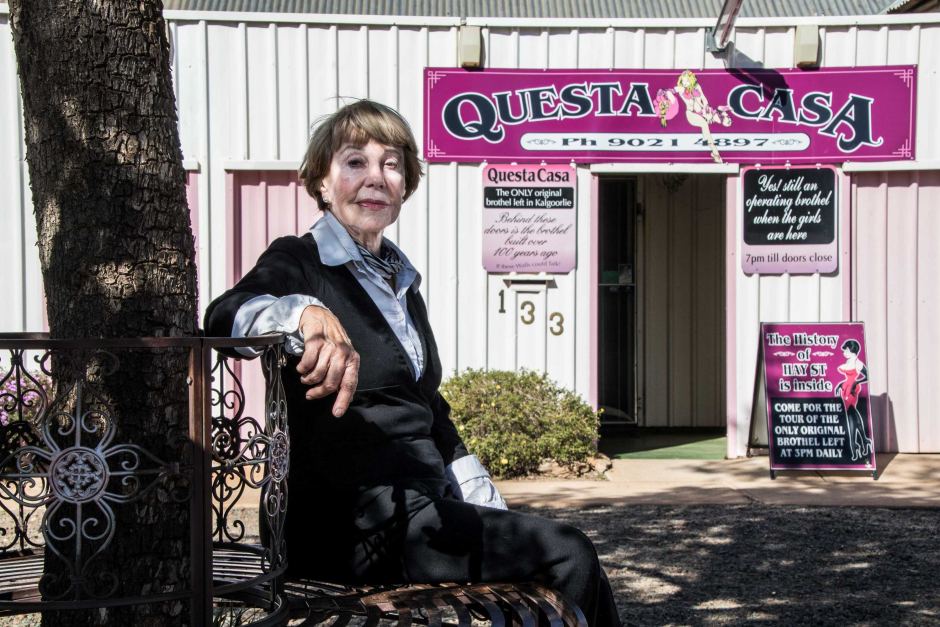 Hard to cry foul on wage theft and lockouts when no hospos have been regulated, ever.

The closure of an historic brothel has provided another nail in the coffin for one of Australia’s most famous red-light districts, which has operated illegally for more than a century.

Kalgoorlie’s Hay Street grew out of the 1890s gold rush, which sent prospectors and prostitutes to Western Australia’s Goldfields in search of fortune.

At its peak, the strip was lined with dozens of brothels.

ABC reports from 1975 estimated there were about 20 prostitutes at any given time working in eight houses on Hay Street, which became famous for its corrugated iron “starting stalls”.

In 2012, the number of working brothels fell from three to two when Langtrees 181 was converted into a boutique hotel, and later a tapas restaurant and bar.

In the latest development, the Red House has closed as a working brothel, where sex workers charged $300 an hour for “full service” and $200 for half an hour.

It had been on the market for an extended period and the ABC understands the owners are considering converting the brothel into workers’ accommodation.

That leaves Questa Casa, known locally as the ‘Pink House’, as the last working brothel on Hay Street.

Traditionally, Kalgoorlie-Boulder’s sex trade was only allowed to operate on Hay Street.

But the so-called containment policy — an unofficial law enforced by the government and police — was lifted in 2000.

Langtrees owner Mary-Anne Kenworthy, who has worked in the sex industry as a madam for 35 years, said the abolition of the containment policy and the rise of mobile phone technology led to unregistered brothels being able to operate in residential areas.

“When I got to Kalgoorlie there were four [brothels] operating,” Ms Kenworthy said.

“But I closed [Langtrees Kalgoorlie] because I couldn’t compete with the Asian brothels. 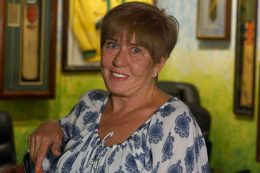 Ms Kenworthy, who operates brothels in Perth, Canberra and Darwin, said she was considering selling her Kalgoorlie property, which was once her pride and joy.

“Kalgoorlie was my most favourite place, but I got there at the end of the heyday,” she said.

“I used to kick the [bad] clients out in Kalgoorlie and they’d ring up within a couple of hours saying, ‘Please, please don’t ban for me for too long’.

Questa Casa claims to be Australia’s oldest working brothel, operating since at least 1904.

Madam Carmel, who does not want her surname published, is a widow who bought the brothel 27 years ago.

She said she was saddened, but not surprised, by the closure of the neighbouring brothel.

“When containment was lifted 19 years ago, Hay Street started to die because the men no longer had to come to the street for paid sex,” Madam Carmel said.”

“Hay Street will never come back because times have changed.”

“Years ago, people had boundaries — today there are no boundaries.”

“Everyone is free as a bird to do whatever they want.”

Madam Carmel said only one prostitute had worked at the brothel in the past month, and she now gave daily tours to keep the business afloat.

She tells tourists stories of Hay Street’s glory days, including the time a narcoleptic client fell asleep during his appointment and was believed dead until he awoke while being treated by paramedics.

There is also the tale of a Dutch prostitute who reportedly holds the Hay Street record for seeing 72 clients in a 12-hour shift, making enough money to buy a house from one night’s work.

The madam also tells the story of narrowly avoiding death when a woman drove a car through the front entrance of the Pink House in 2007.

Despite the demise of the red-light district, Kalgoorlie-Boulder Mayor John Bowler said the mining city was booming with more than 1,000 job vacancies and gold prices trading near record highs.

He said the old image of Kalgoorlie-Boulder as a frontier town was no longer accurate.

“I never thought I’d see the day of just one brothel, but I suppose it’s a sign of the changing times,” Mr Bowler said.”

“There’s no doubt Kalgoorlie has become a family town.”

“The mining industry is booming and the workers increasingly coming here are family men and women, mothers and fathers, rather than the single guy looking for a quick buck.”

“Hay Street has been declining now for the best part of 10 to 15 years.”

“Just how long the last house remains is yet to be seen.”