Victorians ‘Thick on the ground’ in FNQ 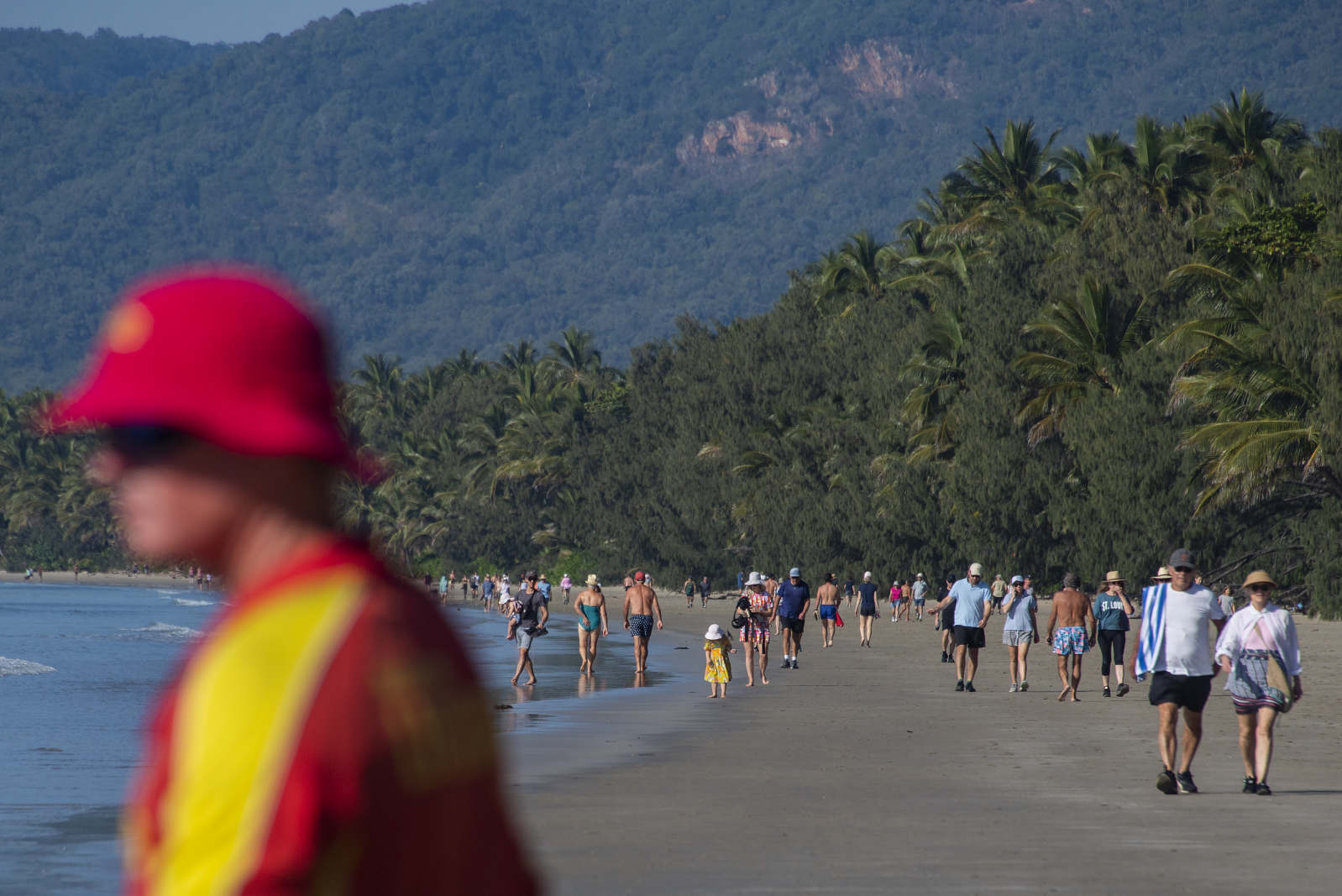 As Victoria went into lockdown last week, a line of Melburnians stretched out the door of Grant Street Kitchen in Port Douglas, Far North Queensland.

Grant Street owners Scott Ledgar and Alice Heath, Victorian expats themselves, have been working like mad dishing out fresh croissants, piccolos and their signature prawn and trout pies, mostly to people from their home town.

Port Douglas, which has never had a COVID case, has been teeming with visitors, the majority from Melbourne, with occupancy rates soaring over 85 per cent before interstate lockdowns struck again.

Victorians have been flocking in to bask in the 28-degree sunshine, beaches and jungle and shake off the monotony of months of lockdown.

“The hotels and caravan parks are really full and they will remain full. People who have been locked down down south are going to stay here for the cold season. People have extended their stays,” Heath says.

Ben Carvosso, 53, from Mt Eliza, had just returned from a boat trip out to the Great Barrier Reef on Saturday evening. He flew up with his wife Michelle eight days ago and plans to be in Far North Queensland for eight weeks.

“We got the whiff that there’s going to be another lockdown in Melbourne so we decided we were going to head north, as far north as we can.

“[Port Douglas] is chockers full of Victorians. They were all escaping before the big lockdown and a lot of them are staying, they’ve extended their trip.”

A steady stream of four-wheel-drives caked in red dust flow through Cape Tribulation, an hour north in the Daintree Rainforest. Most are making their way back from the road up to Australia’s northernmost point, Cape York, about 1000 kilometres north.

Traffic-counter figures show 5762 vehicles made the trip north to the Cape in June, the busiest month on record and up 1400 vehicles on June 2019.

At least a quarter of the traffic are Victorians, according to Gail Godfrey, owner of the Bramwell Station Tourist Park, about 200 kilometres south of the tip. She has about 500 people camping at her place every night.

Godfrey says people are finally getting around to the Australian road trips of their dreams now international travel is off the agenda.

“This would probably be our busiest year – most of the tourism in the north has been run off their feet,” she says. “The supplies, we can’t keep up. We tripled our order on our trucks that come up weekly with our food and our alcohol.

“There are a lot of families on the road, a lot of young couples.”

John Schembri, 40, from Drouin, east of Melbourne, spent two weeks driving up with his wife and three children, aged 10, 8 and 3.

“We were meant to do this last year, it was on and off,” he says.

“We could be locked down at the drop of the hat, so when I get a break we go out on the open road. We don’t want to go back to lockdown so might extend the trip by a week, two weeks. My wife’s brought her work laptop.”

Sally Eales, tourism manager at Cook Shire Council, said Cooktown was up 50 per cent on its normal tourist numbers of 20-30,000 a year, with Victorians (pre-lockdown) making up a large portion.

“They’re also staying a lot longer than they normally would, two-three weeks becomes four or five weeks. With the every changing COVID situation people want to stay in Queensland as long as they can.

“June, July and August are generally our busiest three months – [this year] it will extend right up until Christmas.”

But the surge in local tourists has created problems in a region reliant on backpacker labour.

“We were one of the hardest hit areas when COVID kicked in. We’ve certainly had a great recovery but it’s brought about other issues.”

Finding staff, and most importantly them finding accommodation, means many Port Douglas restaurants rotate between lunch and dinner services. There just aren’t enough workers to go around, a situation eased somewhat by the hundreds of stranded South American travellers who have settled in for the pandemic.

The area has been so popular with young Brazilians, Chileans and Argentinians, who can get a visa extension if they work in hospitality in north Queensland, that the council started marketing on Facebook groups of those in Melbourne and Sydney encouraging them to move up.

But there’s little available housing, with all the long-term rental properties converted to Airbnb, or occupied by Victorian owners who have moved up north for a while.

“Over 50 per cent of our rates notices go outside the shire and 20 or 30 per cent go to Victoria. There’s a lot of properties owned by Victorians – they have moved up to escape lockdown,” Cr Kerr says.

Douglas Johnstone, a manager at the Court House Hotel on Macrossan Street, the town’s main drag, agrees finding and housing staff is a nightmare.

“This has been one of the best years we’ve ever had … [but] all the rentals in Port Douglas have gone through the roof. You get the employees then they leave after two weeks.

“Anyone could get work. And chefs, they’re like gold up here. They can walk in any venue and get a job, easy as,” he says.