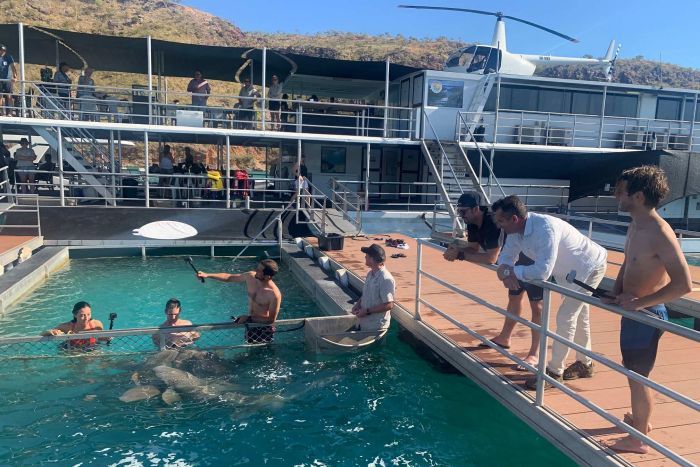 @TourismWA minister Paul Papalia went on the trip full of PYTs… so why won’t the gov reveal the cost?

Taxpayers are funding Instagram influencers to promote tourism in the Kimberley

They are young, tanned and attractive, and frolicking on a Broome beach on a holiday subsidised by the Australian taxpayer. But are so-called “influencers” an efficient use of government marketing budgets?

The answer is yes, according to the WA Government and digital marketing experts — so long as it is part of a strategy that still includes conventional strategies like ad campaigns and airline partnerships.

This month, WA Tourism Minister Paul Papalia joined 40 digital influencers as they enjoyed a five-day trip to the Kimberley paid for by GoPro and Australian taxpayers.

Mr Papalia said that with a total social media reach of 28 million people, the group visit was a good investment in promoting the Kimberley.

“It was a pretty minimal cost. We don’t reveal individual costs of that nature, but I can tell you what we spend on influencers in a year, and that’s less than 1 per cent of our marketing budget which is $45 million,” he said.

“Tourism WA will do analysis and try to determine the return in terms of people booking and making a decision as a consequence.

“But you’ve got to remember that we don’t rely on this … there are a whole range of activities dedicated to selling WA to the world, and this is just part of that, and it’s only just a small part.”

The influencers were from 11 different nations and were mostly aged under 30.

They come from a mix of backgrounds; actors, surfers, models, TV presenters and even a tradie who has given up his day job to create digital content full-time.

The one thing they all have in common are hefty social media followings, based largely on a glossy presentation of exotic travel and impeccable accessorising.

Among those invited to attend was 18-year-old pro surfer Pacha Light, who has 100,000 followers on Instagram.

Ms Light said having such a big audience can be daunting, but brings great opportunities like the free trip to Broome.

“It really starts to create this unison with everybody. Everybody’s got the same interests in the ocean and nature and having fun and spreading that stoke (sic) and awareness … it just feels like there’s a community out there,” she said.

“It can get overwhelming having that audience at the fingertips, but I always try to look at it in a positive perspective, that you can influence so many people to get our there and experience our beautiful country and beautiful planet.”

The event was GoPro’s second “creator summit” designed to develop the video skills and profiles of big-name influencers.

Tourism WA and Tourism Australia would not reveal how much they paid all up, but the ABC understands no payments were make directly to the influencers. Instead taxpayers picked up the tab for their accommodation and tours.

“They were all very young. I was the oldest guy in the room by about 30 years,” Mr Papalia joked afterwards.

“But other than that, they are very connected in the online world, and they have incredible reach and that’s a good thing for Western Australia.”

Marketing expert Paul Harrigan agreed that government agencies should be working in the influencer space, but warned bigger is not always better when it comes to online reach.

“It’s a really significant and growing area, and there’s more and more being spent on it, but it has to be done right,” he said.

“There’s a new trend towards micro-influencers, so people with say 5,000 followers rather than 500,000 because they tend to be more genuine and committed to the location, or the cause, or whatever it is.

“Targeting those influencers with big reach, it’ll certainly puts you out there, but the conversion rate and the engagement will be quite low, because a lot of those 28 million people will just will never care.

“You’d be better to have 1 million people who care about Broome and the Kimberley engaging — it’s more likely to bring results.” 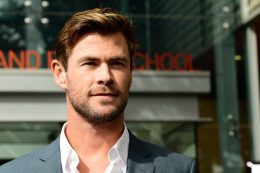 For example, their recruitment of actor Chris Hemsworth — reportedly worth $1.25 million over two years — resulted in a series of outback holidays broadcast to his Instagram audience of more than 30 million.

Tourism Australia said the two-year contract resulted in more than 9,000 media articles involving Hemsworth promoting Australia, which were viewed more than 19 billion times and had an estimated actual value of $204.3 million.

Hemsworth’s documented adventures included stopping into a service station in Carnarvon to buy a pie, and taking the now obligatory selfie with a quokka on Rottnest Island, which attracted more than 4 million likes on Instagram.