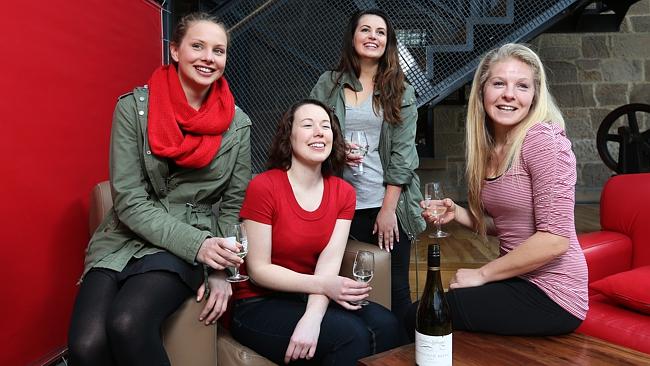 Tourism and hospitality are at the front of the queue for the Covid-19 vaccine.

Workers in manufacturing, education and tourism would be next in line to receive a COVID vaccine after vulnerable people and healthcare ­workers, under business plans presented to ­government.

Vaccination would not be mandatory but workers who refused a jab might be required to work from home or wear personal protective equipment, including masks, under the first blueprint on how industry could manage vaccinations.

The Weekend Australian understands the plan, prepared by the Australian Chamber of Commerce and Industry, has been well received by Treasury, the federal Health Department and key business groups.

Workers are set to flood back into the nation’s two biggest central business districts over the next two weeks after consecutive days without a community COVID transmission boosted confidence among the biggest employers.

The Sydney Business Chamber estimates the city’s CBD will reach 40 per cent capacity next week, after continuous days of low case numbers in NSW and Premier Gladys Berejiklian flagging ­the easing of restrictions.

The number of workers in the Melbourne CBD is also poised to grow after the Andrews government relaxed COVID limits to allow 50 per cent of workers back to the office from Monday.

Insurance Australia Group, the nation’s biggest general insurer, is encouraging workers in NSW, Victoria and Queensland to ­return to work from Monday up to a 50 per cent capacity. All employees had been directed to work from home since March last year.

Also from Monday, NAB is looking to accommodate “as many colleagues” as it can in ­Melbourne in line with social-­distancing and capacity requirements. However, it continues to advise Sydney workers to work from home if they can.

Employers say mandatory mask wearing and COVID-19 safe plans have given people greater confidence to return to work after months of working from home.

Sydney Business Chamber executive director Katherine O’Regan said “confidence does follow the restrictions easing, and this has boosted foot traffic and brought more people back to work so that’s been a really positive sign.

“A lot of businesses are planning to return to the office this coming week. I would expect to see a further increase in foot traffic pending no further outbreaks.

“By the end of January, I would expect we would see really strong levels at the corporate level of workers back in the city and that’s a really good reflection of business confidence. When there’s a corporate return to the office that will help the small businesses as well.”

Under the vaccination plan, ACCI has suggested prioritising manufacturers, the education sector, and tourism workers to reduce the risks posed from foreign supply chains and allow them to travel internationally and rebuild business links globally, especially in light of ongoing tensions with China.

“Manufacturing depends on imported material and if production is reduced and the warehouse … capacity and workforce are reduced, there is a risk of supply chain congestion and delays in getting goods to consumers,” the ACCI document states.

“Our key exporters (be they goods, education, professional services or tourism) are losing contacts and connections with their international buyers and are not able to compete with competitor countries that are able to visit face to face. This is particularly the case in China where ­person-to-person and business-to-business contacts are even more important, given the current government tensions.

“In order to develop new markets, those in business must be able to travel to different regions to establish new business ties.”

These exporters would be inoculated in the second phase of Scott Morrison’s vaccine road map and would come under the definition of “critical workers” needed to secure the nation’s economic rebound from the COVID recession.

The first round is scheduled from mid-February to April.

The second phase would also vaccinate Australians between 50 and 70 and at-risk workers such as police and defence staff. Sources say there is still debate within the business community and others liaising with government over the vaccine rollout over which workers should ultimately be considered “critical” in phase two of the rollout.

The call to use the second phase of vaccinations to open up critical export markets comes as Victorian Premier Daniel Andrews prepares to propose to ­national cabinet a separate international arrivals quota for foreign students, who power his state’s $12.5bn education export market.

The ACCI plan includes guides for how to deal with non-vaccinated staff, including providing protective equipment such as masks and getting them to work from home.

ACCI’s document does not call for employers to make ­vaccinations mandatory in the majority of workplaces, except for high-risk environments such as aged care.

ACCI health and safety director Jennifer Low, who wrote the document, said such a mandate was unfeasible.

“We expect the approach employers will take will be to negotiate with their workers as they would with any other injury or condition management in the workplace,” Ms Low said.

The Prime Minister and Health Minister Greg Hunt have repeatedly said COVID vaccinations will be voluntary.