The fall of Londongrad 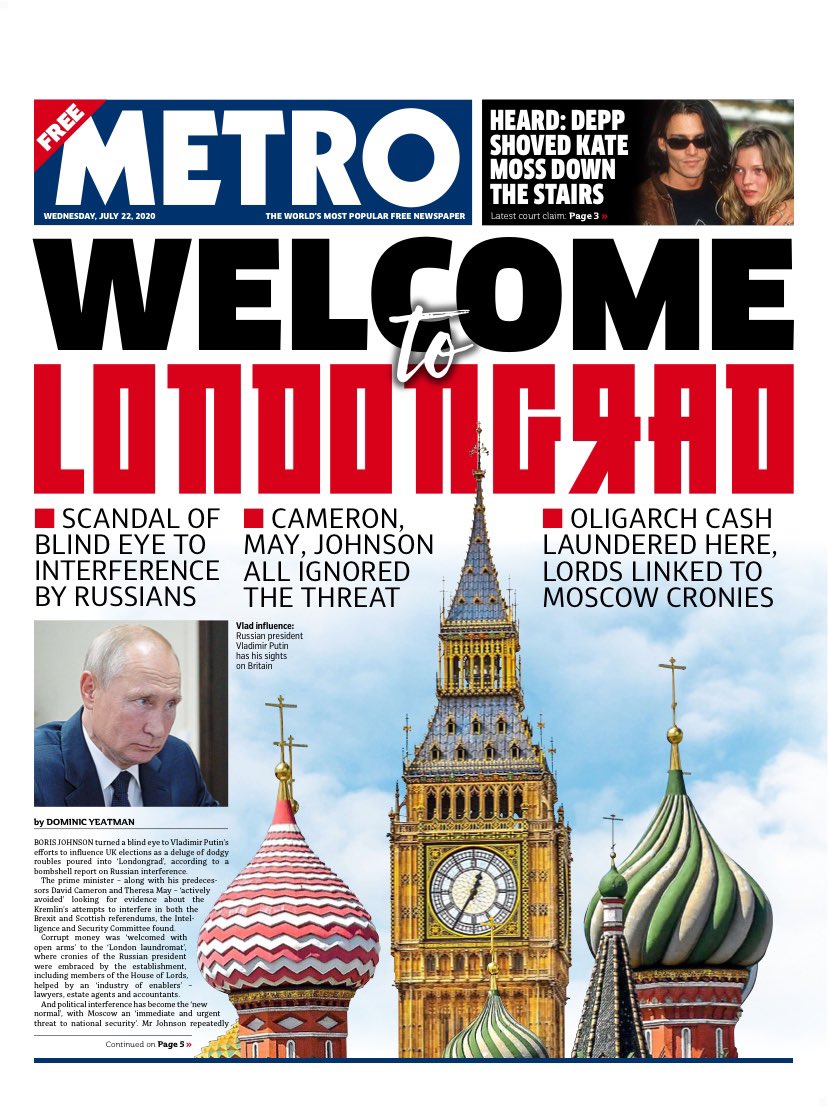 London has been a hub for Russian money since the fall of the Soviet Union, leading to the nickname Londongrad for the British capital.

The rise of Londongrad was planned as consecutive British governments have opened the country to Russian capital since John Major in 1994, the Conservatives introduced a “golden visa” scheme that handed residency rights to anyone who invested £1m ($1.3m).

The appeal of Britain is clear, as the country has accommodating laws on tax, libel and property, enforced by an efficient, if expensive, court system. Extradition to Russia, with its corrupt judiciary, is a no-no in the eyes of English judges. This is combined with the excellent private schools for their children and the shopping for the family.

Now following Russia’s invasion of Ukraine, the British government is seeking to reduce the influence of Russian money in the country, with sanctions on the Oligarchs with unexplained wealth orders to follow, whereby people with suspicious quantities of cash going to have to explain how they earned it, and the scrapping of the Golden visas program. Will this be the end of Londongrad?

Wearing nothing but a pair of shorts and a felt cap on his head, the thickset man lifts two bunches of oak, birch and eucalyptus leaves above his head. After wafting a wall of hot air across the 90-degree-Celsius sauna, he rhythmically pounds the prostrate body before him. Sweat and steam bounce upwards with each stroke. After ten minutes of thudding, and a strong sensation that his own skeleton is overheating, the dazed victim is led outside, where a bucket of water is upended over his head. A near-freezing plunge pool is the next destination. Shivering slightly, the recipient is dried and propped up in a stupor against a tree stump. A banya, or Russian bathhouse, is not for the faint-hearted. But there are few better locations in which to contemplate the rise and fall of Londongrad.

Along with Moscow-on-Thames, Londongrad is a well-merited nickname for the British capital, which has been a hub for Russian money since the fall of the Soviet Union. Although London’s East End played host to a few Russian bathhouses in the 19th and early 20th centuries, it is in recent years that swanky versions have proliferated throughout the city. Likewise, London has long played host to Russian dissidents, émigrés and expatriates; Lenin and Trotsky would hang out in the British Museum. But it was only in the 1990s that Londongrad began to emerge, featuring newly minted billionaires and a gaggle of flunkeys to serve them.

The rise of Londongrad was planned. British governments of all stripes opened the country to Russian capital. In 1994, under John Major, the Conservatives introduced a “golden visa” scheme that handed residency rights to anyone who invested £1m ($1.3m). Tony Blair’s Labour government carried it on with enthusiasm. Ken Livingstone, London’s leftist mayor from 2000 to 2008, said he wanted “Russian companies to regard London as their natural base in Europe”. Boris Johnson, Mr Livingstone’s successor, was good pals with Evgeny Lebedev, proprietor of the Evening Standard, son of a former kgb agent and billionaire. Mr Johnson, now prime minister, made the Anglo-Russian a peer in 2020.

For those arriving from Vladimir Putin’s Russia, London offered safety, security and secrecy. Britain has accommodating laws on tax, libel and property, enforced by an efficient, if expensive, court system—which is, moreover, accommodating in the matter of injunctions. Extradition to Russia, with its corrupt judiciary, is a no-no in the eyes of English judges. On top of this, the private schools are good and so is the shopping. London is an “everything haven”, in the description of Oliver Bullough, author of a forthcoming book, “Butler to the World: How Britain Became the Servant of Tycoons, Tax Dodgers, Kleptocrats and Criminals”. Discretion is key. It follows the rule above a banya’s door: “Please keep conversation to a minimum.”

Britain’s new butler class is happy with its role. A public-relations firm can earn a £100,000-a-month retainer by providing an oligarch with pinkie-ring-toting smooth-talkers to fob off questions. Former politicians can earn six-figure salaries sitting on a board, which beats the £323 per diem offered by the House of Lords. Their reputation for big tips makes Russian oligarchs welcome in any restaurant’s private room. Lawyers love them, too. In “Londongrad: From Russia with Cash; The Inside Story of the Oligarchs”, by Mark Hollingsworth and Stuart Lansley, one rich arriviste declares: “What you need to know about me is that I love litigation more than I like sex!” At £1,000 an hour, so do lawyers.

Now, however, the money is too hot. Russia’s invasion of Ukraine has led to sanctions on a host of Russian businesses, some with links to Britain. Moves against some oligarchs based in Britain are expected to follow. Unexplained wealth orders, whereby people with suspicious quantities of cash are meant to show how they earned it, and face forfeit if they cannot, will be more tightly enforced. Golden visas will be scrapped. Potential transparency reforms mean that the ultimate beneficiaries of “Matryoshka doll” shell companies must be revealed. Money was stored in London to keep it both hidden and free from the clutches of the Russian state; having it made public and squeezed by the British one defies the point of moving it. When things become too hot in the banya, a jump into the plunge pool is required. It can be painful.

As anyone who has been on the business end of a leaf-beating can attest, temperature swings can cause a wave of euphoria. But it is often brief. Anyone expecting Britain to clean up its act post-Londongrad is mistaken. Lack of enforcement rather than lack of rules explains Britain’s lax attitude to funny money. Its government spends a little under £1bn annually on solving financial crime, but money-laundering costs its economy about 100 times that. Badly paid lawyers and investigators working on behalf of the government are steam-rolled by opponents who earn ten times as much. The purpose of a system is what it does. It was not a series of unfortunate events that shaped London into the go-to destination for those who earned their cash in, to put it politely, unorthodox ways. It was, and remains, the business model.

When dodgy Russian money evaporates, dodgy money from other sources will replace it. Russia is hardly the only country blessed by resources but cursed by its elites. Nigerian and Azeri cash sloshes around the City of London. Russia is merely the current pariah, not the only one. Saudi Arabia’s habit of chopping up journalists and blowing up its neighbours makes it an awkward ally. But the British state has few qualms about letting it buy prized assets (and even unprized ones, such as Newcastle United). Russians made up a fifth of the golden visas dished out since 2008; Chinese citizens accounted for a third. What happens if China invades Taiwan? Expect the same wrenching process, except with Chinese rather than Russian wealth sieved out of the system. Londongrad has fallen. Another moniker will replace it. But the banyas will remain.