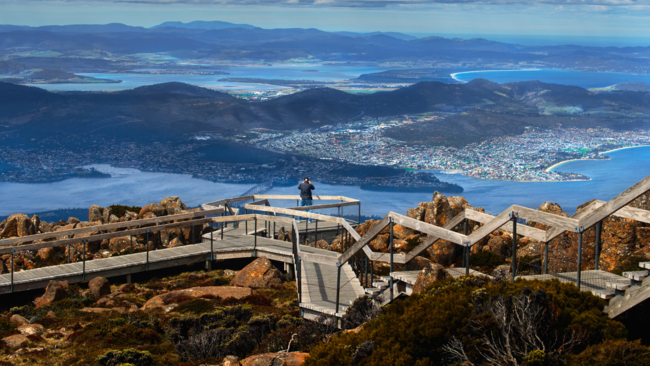 Tasmania has reopened to all Australian regions outside NSW and VIC, accepting that new cases of Coronavirus are inevitable but willing to manage them.

Tasmania’s Premier is on the record saying that it is inevitable that new cases will arise, but revitalising the economy before summer is key to the long-term survival of the tourism economy and its supply chains.

The PM has revealed promising news for Aussies hoping to see their family for Christmas.
Tasmania is welcoming back Australians from the mainland, except for those from NSW and Victoria, as its hard border comes down today.

The first Australian state to shut its border amid the COVID-19 pandemic, Tasmania will now allow quarantine-free entry to travellers from the low-risk states and territories of South Australia, Queensland, Western Australia, the Northern Territory and the ACT.

Travellers from New Zealand can also visit quarantine-free, but will have to transit via the mainland as Tasmania doesn’t have an international airport.

NSW is still considered a medium-risk area and its residents still have to quarantine, but that could change from November 2, subject to further decisions by the Tasmanian Government.

Tasmania’s hard border with high-risk Victoria is likely to remain until the end of November at least.

For those who can visit Tasmania from today, the trip will be a little different than it was before the pandemic.

Visitors from approved states and territories will need to register via Tasmania’s online registration at least three days before their visit.

Arrivals will have their temperature checked and anyone with symptoms will need to be tested and isolate while awaiting their results.

Tasmanian Health Minister Sarah Courtney called for patience as interstate travellers returned to the state on flights and the Spirit of Tasmania ferry service.

“Obviously here at the border we have regulations around temperature testing, we have health checks, and we have got staff here on standby to make sure people that are coming in are complying with the regulations they need to when they come into Tasmania,” she said, according to the Hobart Mercury.

“Those who have symptoms will be requested to get a test and isolate until the result is known.

“While it’s exciting to be able to see restrictions ease and life getting to a COVID-normal, we also need to remember there is always a risk of coronavirus in our community.”

Allowances are being made for interstate travellers on non-direct flights to transit through NSW and Victoria.

The Spirit of Tasmania is only carrying passengers from low-risk jurisdictions. Approved travellers will be allowed to drive through NSW and Victoria to get to the terminal at Port Melbourne, but can only stop for fuel along the way.

Premier Peter Gutwein previously said he hoped the announcement would pave the way for an international terminal opening in Hobart.

“We’re working very hard on being able to stand up an interim arrangement in terms of standing up an international terminal at Hobart Airport,” he said when he announced the border changes earlier this month.