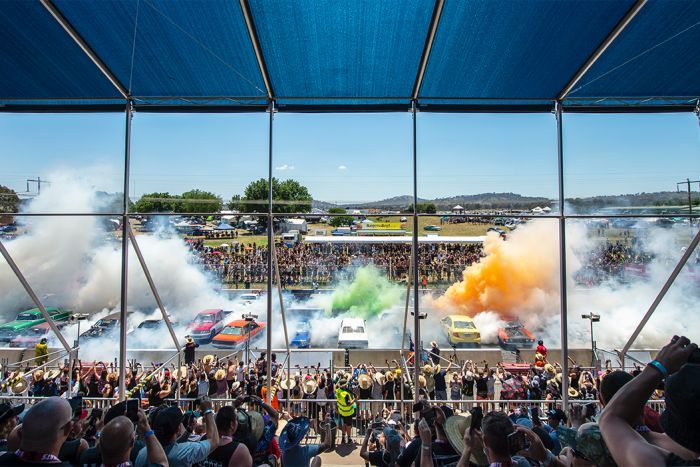 Major tourism event Summernats failed to recognise an accounting employee who was using 100mg of ice per day and who stole $160k direct from their accounting system.

A Canberra woman who siphoned more than $160,000 from the popular car festival Summernats, to fund a spiralling drug addiction and gambling habit, has been spared jail.

The woman, 48, who has not been identified, was a finance officer for Summernats when she stole the money between December 2011 and November 2013, the ACT Supreme Court was told.

Over 260 transactions, the woman’s main method of obtaining benefit by deception was to use the Summernats banking system to create payments to her personal account — often using false descriptions.

She also stole funds by accessing the Summernats payroll database and creating wage payments for herself, and by cashing cheques using the company chequebook.

The court heard the woman was motivated by a gambling habit — she reported spending thousands of dollars per week on poker machines, but denied she had gambled for the past two years.

She was also fuelled by an addiction to the drug ice, which, in 2013, saw her using 100 milligrams on a daily basis for three years.

Justice Chrissa Loukas-Karlsson said defrauding Summernats of $160,430 over almost two years demonstrated a degree of planning and a lack of impulsiveness, even if the offending was “unsophisticated”.

“Given the offender’s role as finance officer … where she was ‘to a large extent, in control of the system to which she was exploiting’, there was a breach of trust by the offender towards her employers.”

According to a psychological assessment, the woman expressed guilt, shame and remorse for the offending.

“She feels “terrible” that she betrayed the community and the people’s trust, and may have impacted on the Summernats directors’ personal financial situation,” the report said.

“She is currently volunteering … to try and ‘make up’ for some of the bad things she has done.”

Summernats undertook a 14-month investigation into its accounts after the woman’s fraud was discovered.

“No formal reparation order has been sought in this matter, although the offender has expressed a desire to repay the amount,” Justice Loukas-Karlsson said.

The woman, who lives with her children in an ACT Housing property, is currently employed as a bookkeeper on a casual basis.

She was sentenced to three years, to be served as an intensive corrections order in the community.