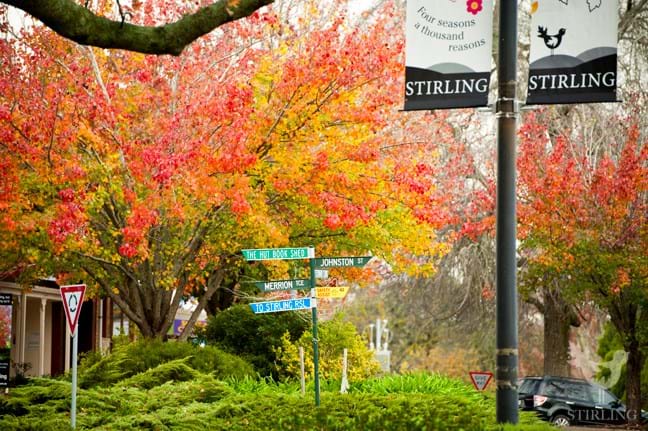 Plans have been announced to replace a part of Stirling main street with an Italian style village, the plan involves the purchase and demolition of at least six properties and the town’s main parking lot.

The land would be developed into an Italian-style village consisting of a multi-level apartment and shopping complex with a three-tiered car park and indoor swimming pool.

Related Attractions: How Whitsundays indigenous experience got off the ground

An Italian-style village would replace a portion of Stirling’s main street under a secret proposal by a private developer.

It would include the purchase and demolition of at least six properties and the town’s main parking lot behind the main street shops.

It would be replaced by an Italian-style village consisting of a multi-level apartment and shopping complex with a three-tiered car park and indoor swimming pool.

The proposal has been pitched to a number of Stirling residents, who have been asked to sign nondisclosure agreements in an effort to keep plans under wraps.

This includes Stirling Business Association chairman Simon Jones, who said Mr Hensman’s proposal was nothing more than a “grandiose idea”.

He said the proposal had caused a level of concern, disinterest and “even a level of animosity” among members of the business community. Would you like to see Stirling’s main street redeveloped?

Yes! We need better facilities and more housing
Absolutely not! Stirling is fine just the way it is

“He is proposing to knock down half of the village (but) it’s so far beyond the pale … that if the community ever found out about it, that would pour enough water on it to put the fire out very quickly,” Mr Jones said.

“I don’t quite understand why he’s trying to keep it so secret because if it’s a great idea and everyone should be interested, then he should be upfront about it.”

He said the development would be carried out in stages over five years and had the potential to create homes for around 400 new residents. The proposal includes knocking down a number of buildings Pomona Rd and the Adelaide Hills Council chambers on Mount Barker Rd.

“That’s actually an upside of what Dennis is proposing as we desperately need more density housing in Stirling,” Mr Jones said.

“Specifically because most of the residences up here have half an acre of garden, which is fine when you have a young family, but by the time you hit your seventies, you just can’t look after it.

“The only answer at the moment is to move out of the community because there are no smaller premises within Stirling.

“So with what he’s proposing, the increase in accommodation would be huge.”

“I get the impression that (Hensman) is trying to get people to sign up, then draw up the actual plans and then get a developer to take it over and then get a fair bit of money for it.”

In an email to The Advertiser, Mr Hensman would not divulge details of his proposal.

“This is in a very early stage with discussions only and preliminary meetings with potential parties,” he said.

“Should the project evolve to a viable stage, the development proposal would follow the usual path, including extensive community consultation and considerable planning input.

The council’s acting director of development and regulatory services, Melissa Bright, said the development would be performance-assessed under the new Plan SA code.

“In assessing this development, council would refer to the Stirling Village Design Guidelines

which seeks narrow shopfronts, canopies over footpaths, and permeable shop frontages to facilitate window displays, among other elements and built forms,” she said.

“In terms of height, 10 metres is the designated maximum, and would generally only allow two building levels.

First look at Mt Barker’s new $2m town squareGrowing pains: Can Mt Barker handle a population explosion?Townhouses in the Hills: Is this a Stirling idea?

“It’s not yet clear that something of the scale proposed would address these important performance criteria and the council would welcome early discussions as part of the design phase.”