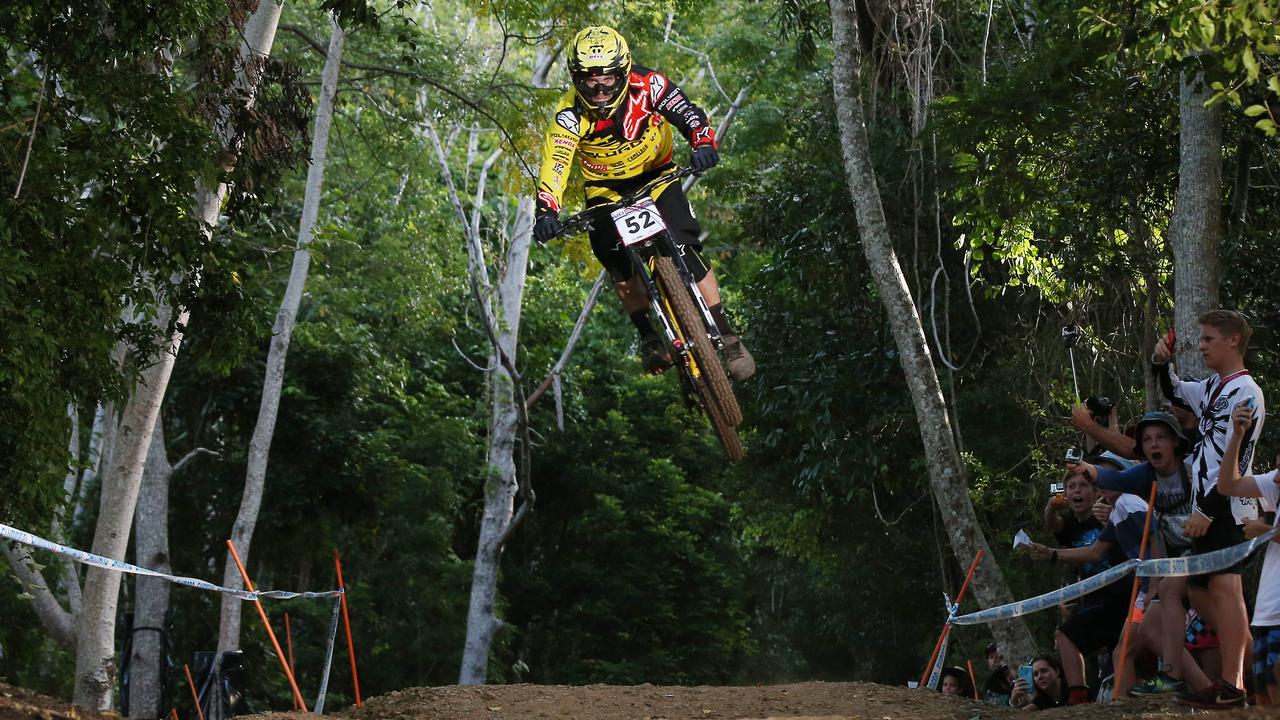 Local Councillors and business leaders are welcoming the plan to turn Cairns into a mountain biking destination, as the state government issues $46,000 in funding.

Related Attractions: How Whitsundays indigenous experience got off the ground

PLANS to turn Cairns into a mountain biking mecca along the lines of Tasmania or New Zealand have stepped up a gear, but Cairns Regional Council Mayor Bob Manning says more funding is needed to turn the dream into a reality.

The State Government has announced $46,000 of funding for new concept work for mountain biking trails at Smithfield and Davies Creek near Cairns.

Assistant Tourism Minister Michael Healy said the money would go towards the design of two key projects – the SkyTrails proposal for Smithfield Mountain Bike Park and the an expanded suite of trails at Davies Creek – to enhance trail opportunities and link into existing tourism infrastructure.

Mr Healy said the projects would provide missing links to “fully capitalise” on the region’s other mountain biking initiatives, such as the $41.4m Wangetti Trail, which could begin construction by the end of this year if it is approved by the federal government.

Cr Manning said the council was broadly supportive of walkways, bikeways and trails.

“I mean, over the last decade or so, Tasmania’s made an absolute killing on this and they’ve got some wonderful areas down there for this sort of infrastructure, and so have we here,” he said.

“I suggest the first hurdle we’ll be getting over is a little bit more capital … to get this moving,” he said.

SkyTrails Riders and the Mareeba Mountain Goats are working in conjunction with contract managers Cairns Regional Council and Mareeba Shire Council on the two projects.

Tony Trafford from SkyTrails said it was fantastic news for the Cairns region as a whole and the Cairns mountain bike community in particular.

“To add another world-class tourism offer for local, domestic and eventually international visitors will be simply amazing,” he said. “This initiative has the potential to be one of the finest tourism developments that we have right on our doorstep and will cement the Cairns region as one of Australia’s great biking destinations.

“We will be able to attract and hold world-class events on world-class trails. The region will be in the prime spot as a full year-round destination, that really has so much to offer, not only to the avid biker, but for the whole family.”

Mr Healy said having a variety of locations and trails created a critical mass of venues, “transforming the area into a major mountain bike drawcard”.

‘Time not right’ for Cairns mountain bike projectHow Cairns could be the next biking capital of QueenslandVIDEO: China joins plan to carve futuristic city from PNG jungle

“When you consider the booming popularity of adventure sport and tourism, the flow-on benefits to the community and economy are exceptional,” he said.