Party in the Apocalypse, pushed back 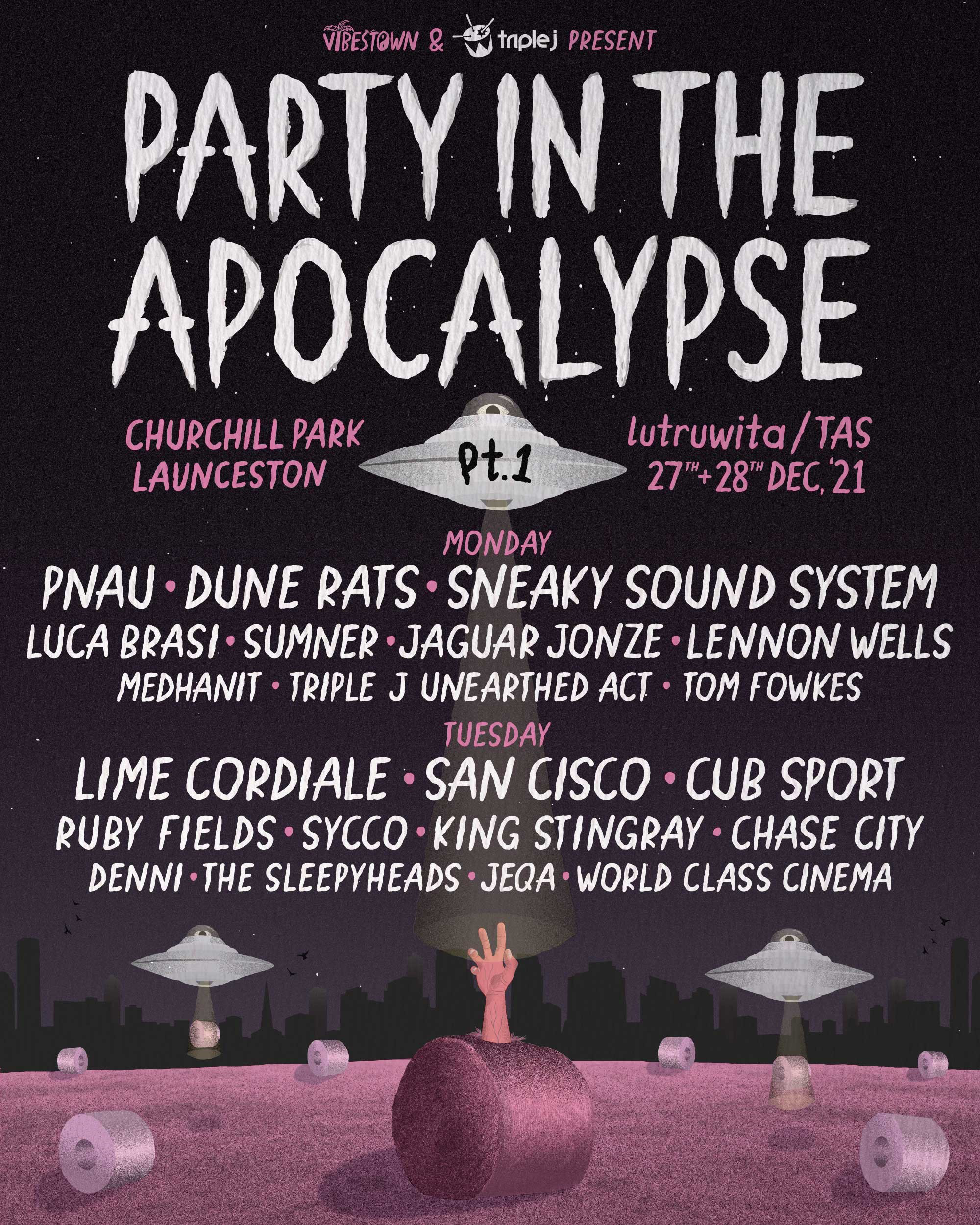 Party in the apocalypse festival has been pushed back, the two day music and arts festival was scheduled to start on December 3. The festival was in line to be one of the biggest festivals since Covid to hit the state.

The event has been rescheduled to December 27 and 28.

Party in the Apocalypse has been pushed back, just weeks out from when the first time summer festival was set to take over Launceston’s Churchill Park.

Organisers say the current event restrictions in Tasmania and concerns about the potential loss of headline acts because of changes to G2G Pass regulations meant they had “no choice but to move date”.

The two day music and arts festival was scheduled to start on December 3, promising to be one of the biggest festivals since Covid to hit the state.

The event was organised by Vibestown, the team behind Party in the Paddock and Basin-ish Concert and features 20 local and interstate acts including Lime Cordiale, San Cisco and Dune Rats.

Vibestown Director Ryan Limb confirmed the festival would be going ahead instead on December 27 and 28. Vibestown Director Ryan Limb is part of the team bringing the Party in Apocalypse festival to Launceston. Picture: Mireille Merlet

The festival is expected to have a cap of 5000 people attending.

Ticket sales have been paused and will be back on sale Monday.

Vibestown’s Artistic Director Jesse Higgs said they were looking forward to the new dates with confidence and were looking at new additions to the line up.

“We’ve confirmed the great majority of the existing line up, including all headliners.”

Last week organisers of the Hobart Summer festival announced it had been cancelled, blaming Covid restrictions.

“To allow only 250 people to be dancing or vertical drinking at a 4000 capacity event is unreasonable, illogical and untenable,” a Vandemonian Touring spokeswoman said in a letter.

Just days earlier the Marion Bay Falls Festival was axed due to concerns it was not financially viable.

This includes potentially easing current restrictions on dancing and for those standing to drink.

He said it would apply to higher risk venues and activities such as music festivals and concerts, but would require all those attending to be fully vaccinated.