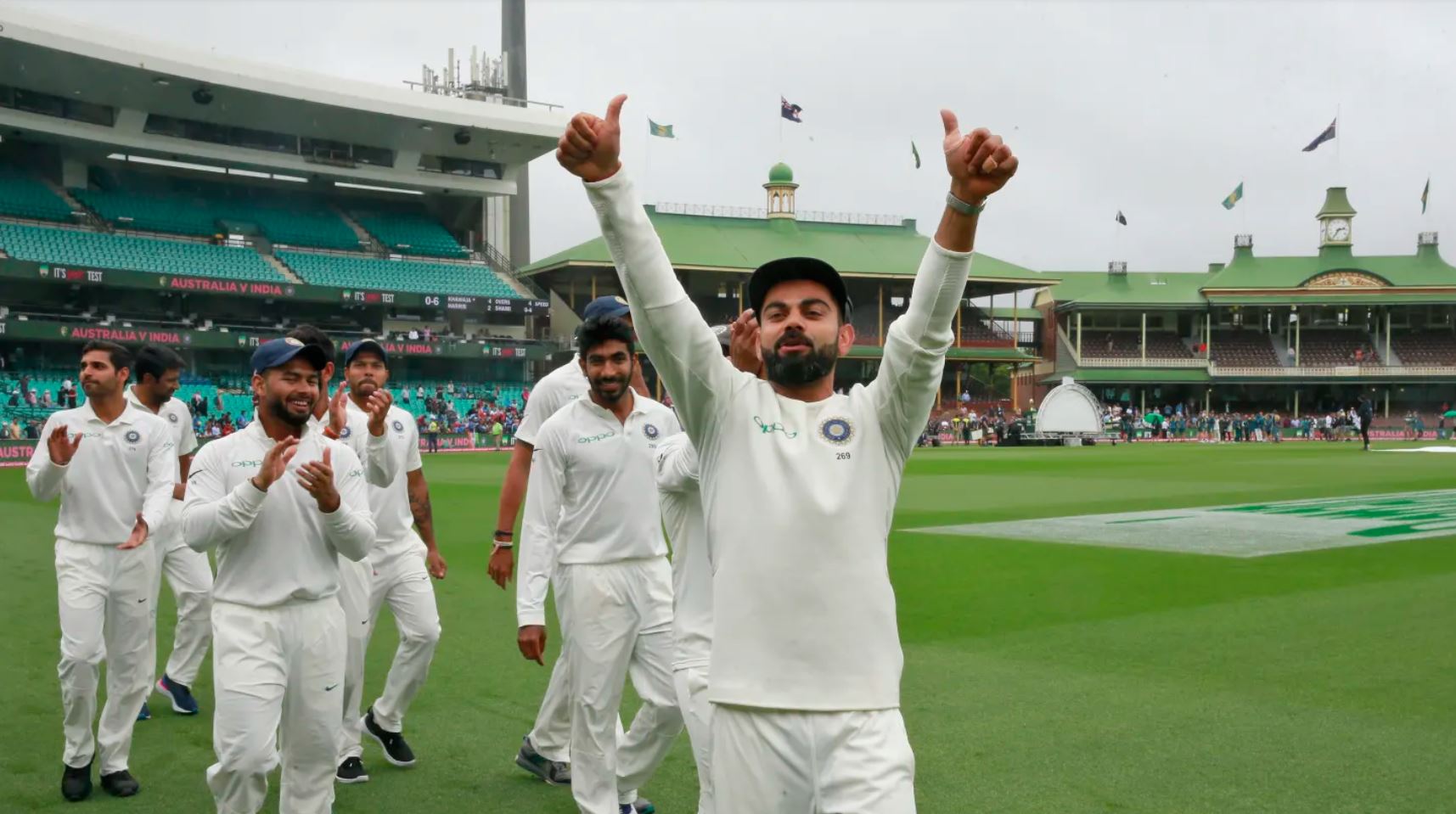 NSW are more than willing to pick up QLD’s slack on Cricket Australia’s summer of cricket with India.

NSW authorities are considering a proposal from Cricket Australia for India’s players to quarantine in Sydney, a move that could save the $300 million tour and lead to the city launching the international men’s season.

NSW Jobs, Investment, Tourism and Western Sydney Minister Stuart Ayres and NSW Health confirmed the government had received a submission from CA, which is scrambling for an 11th-hour solution after pushback from Queensland health officials.

If successful, Brisbane and Gold Coast would lose the six Twenty20 and one-day internationals against Virat Kohli’s side, with the SCG set to host four games and Canberra two.

There is now renewed hope among cricket insiders that NSW can save them from a potentially precarious position but a government source said it was by no means a done deal.

“Cricket Australia has approached the NSW government about quarantining the Indian cricket team and returning Australian cricketers in Sydney,” Ayres said. “That proposal is currently being assessed by NSW authorities including health and police.

“Fixtures for the Indian tour will be determined by Cricket Australia and won’t impact our assessment of the quarantine proposal.”

A NSW Health spokesperson said: “The proposal will be assessed on its merits.”

Steve Smith, David Warner and Pat Cummins would be among the 18 Australian players to quarantine in Sydney but it remains to be seen if the families of Indian players can join them.

The visitors are due to arrive from the United Arab Emirates, where many have been playing in the Indian Premier League under biosecurity protocols, on November 11 or 12.

CA said only a small number of families were expected to make the trip – one estimate is a travelling party of 60 – and any knockback on families quarantining would not be a game changer. But Indian sources maintain many players, who have been either in lockdown or strict hubs for months already, are determined to have their families here and do not want to be alone for more than two months.

The Board of Control for Cricket in India, world cricket’s most powerful organisation, will need to approve CA’s plan.

CA had planned for India to serve a two-week quarantine in Brisbane and train at Allan Border Field. It has been waiting for weeks for the green light from Queensland, which has an election on October 31, but nothing has been forthcoming.

A stumbling block in CA’s proposal to Queensland is the ability of India’s players to train while in quarantine, in particular whether they could come into contact with the public when travelling.

CA booked an entire inner-city hotel in Brisbane for the tourists but has now been told it will need to find a venue or resort where players can stay and train without leaving the premises if the government, weary of the backlash it initially received when it allowed the AFL to shift north, is to give approval.

Queensland Deputy Premier Steven Miles said on Tuesday the situation in the AFL and NRL could not be compared to cricket. Discussions between Queensland Health and CA were ongoing, he said.

CA initially applied to the WA government for Australian players to quarantine and train in Perth upon returning from the tour of England and the IPL, but that was knocked back.

Players instead served their quarantine in Adelaide, where the Victorian squad has completed two weeks of quarantine under stringent guidelines, with training to be conducted in groups no larger than four.

There had been murmurs Indian support staff were told staging the series in the UAE was a back-up plan but the BCCI and CA have denied this.

CA’s free-to-air broadcaster Seven West Media maintains a vigilant eye on proceedings, and suggested some time ago the Brisbane quarantine option was in danger of falling over.

The delay in securing a quarantine hub for the tourists has added fuel to Seven’s bid to have its annual broadcast rights fee of $75 million slashed. Seven’s case has focused on the quality of the summer schedule, particularly the Big Bash League. That there has been no formal announcement of the international campaign or the BBL could add weight to Seven’s argument before the Australian Chamber for International and Commercial Arbitration.

Before the end of the week, the ACICA is expected to confirm an independent expert to determine whether Seven deserves a cut and, if so, by how much.

At its 2021 upfront launch on Wednesday, Seven will declare its “love” of cricket but that ongoing discussions with CA are in the best interests of the network and its commercial partners.