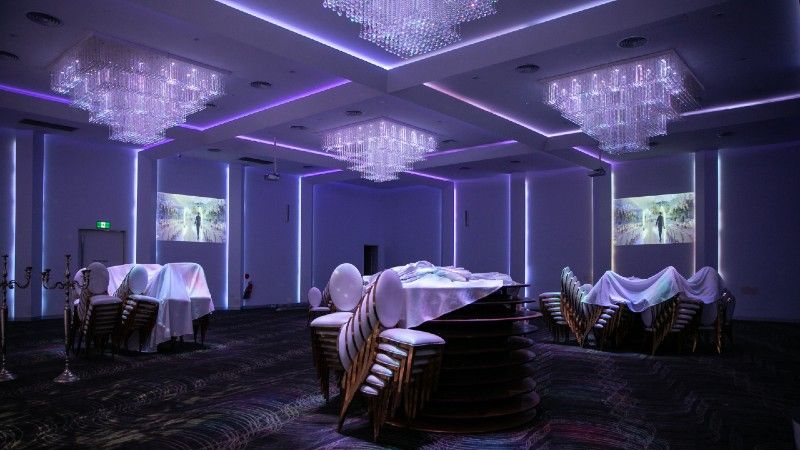 NSW Police have fined a Fairfield wedding operator after “about 600 or 700 people” attended a Western Sydney wedding reception in breach of coronavirus rules.

Paradiso Receptions was slammed by NSW Police Minister David Elliott, who said it was in “blatant” breach of the orders.

The venue was only supposed to host 350 people, with one person per four square metres allowed indoors.

But the weekend wedding saw up to 700 attendees, resulting in the venue operator receiving a $5,000 fine from police.

“It has infuriated me, it’s not the way I wanted to spend my Monday morning I can assure you,” Mr Elliott said.

“I cannot believe that any sound person in this state in 2021 doesn’t understand what their obligations are.

“This wasn’t a dozen people turning up to Christmas lunch unannounced, this was twice the amount of people that were allowed to attend this venue.”

Police were called to the Fairfield venue on Spencer Street at 9:30pm on Saturday evening after concerns were raised about the number of guests at a wedding.

Officers said they saw a large group of people and spoke to the 46-year-old venue operator.

He was told that “a number of guests” would need to leave, which police said he complied with.

The licensee of the venue attended Fairfield police station on Sunday and was issued with the $5,000 fine.

The breach comes as several thousand people in Western Sydney are in isolation following a coronavirus outbreak at a bottle shop in Berala.

The owner of Paradiso Receptions Steve Naamo spoke to the ABC last year and said he had not seen such dire business in his 30 years in the family business.

Mr Naamo said operating within the then-limit of 150 attendees did not make financial sense.

“It’s not feasible … the actual cost of the operation isn’t doable when there’s a 150 cap for these big venues,” he told the ABC in August last year.

“Customers don’t want to cut down their guest list by 75 per cent then have to pay a tonne more per head.”

Mr Naamo said Paradiso Receptions would normally be playing host to large multicultural weddings of more than 700 people, with lots of feverous dancing and shared kisses.

The rules for weddings have changed several times during the pandemic, as outbreaks have flared up and simmered down over the past 10 months in NSW.

In March last year, 35 coronavirus cases sprung up after a wedding was held in Stanwell Tops, on the NSW South Coast, including one pregnant woman.

On Saturday, sweeping changes to Greater Sydney’s COVID-19 restrictions saw the cap for weddings reduced to 100 people from 350.

If weddings are held indoors, each person must be able to maintain two square metres space around themselves, or if it is held outside, four square metres worth of space.

If a venue can only guarantee that 50 people will have room to maintain that space, that becomes the limit.

In August, Mr Naamo said he was “devastated” that people’s weddings had been so affected during the pandemic.

“Our business is emotional, it’s not just like buying a car — a wedding is the biggest event of their lives.

“So we’re devastated we can’t give them that celebration.”