The announcement that the state government will provide $1.5m for a new splash park, as well as upgrades to Mareeba aquatic centre, is receiving mixed reactions from locals as the facilities won’t be free for children to use.

Mixed reaction across social media as locals feel the splash park should be free because it was funded with taxpayer dollars.

MAREEBA Shire residents have mixed feelings about news the state government will provide $1.5m for a new splash park as well as Mareeba aquatic centre upgrades.

Unlike many splash parks across the state including Muddy’s in Cairns, it will not be free for kids to play.

Mareeba Shire Council confirmed that as it would be located at the aquatic centre, admission fees would apply. 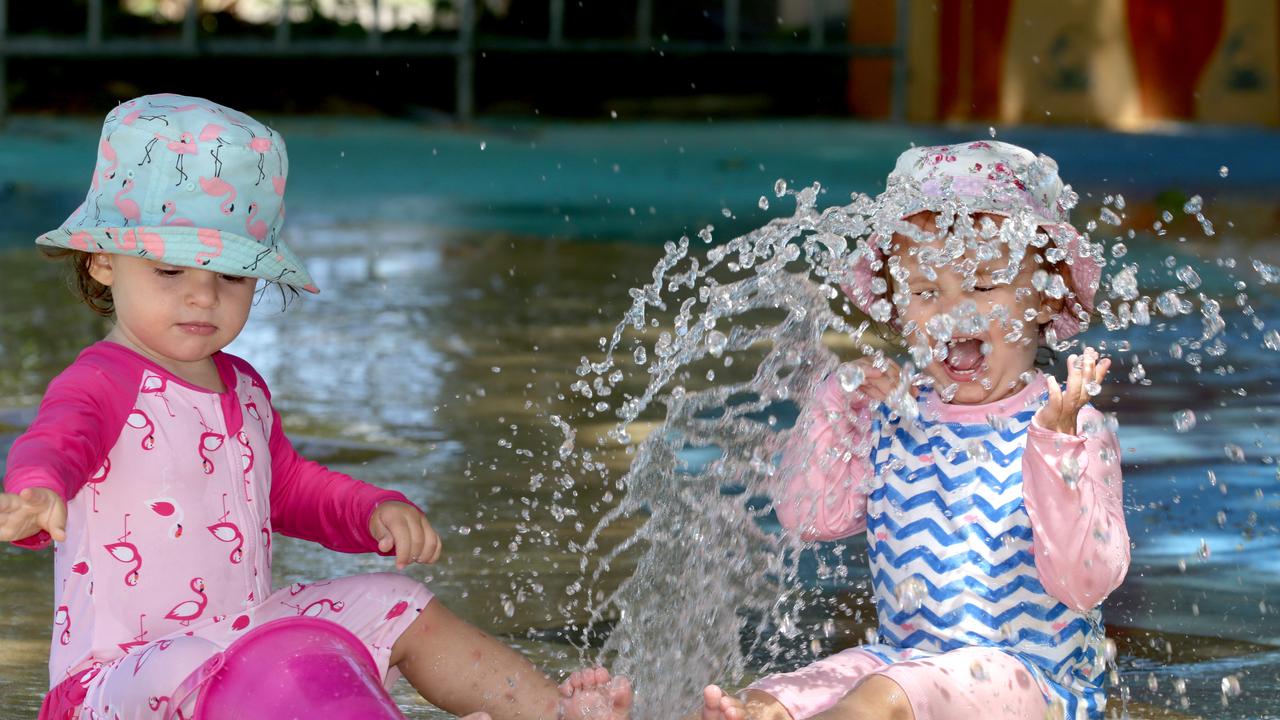 Toddlers Liselle Dunstan and Kyla Marshall play in the water at Muddy’s Playground in Cairns.

Reaction on social media has been mixed with some saying the splash park should be free because it was funded with taxpayer dollars.

Others questioned how the splash park and upgrade, which includes heating to enable the pool to be open year round, could cost $1.5m.

Several residents said the money would be better allocated to surveillance cameras to help combat crime in the township.

And Kuranda residents are upset because their recent request for a shade sail at the Kuranda pool was knocked back. Milla Lucht cools down by running through the water fountains at Muddy’s Playground on the Cairns Esplanade. Picture: Brendan Radke

The project is expected to be complete late this year.

Residents have long campaigned for the pool, which closes during winter months, to be open year round.

Council did a Parks and Open Spaces survey last year and received 500 responses.

The council is committed to an undercover play area and new playground equipment at Centenary Park in Mareeba, solar lighting at the Bicentennial Lakes to improve safety, and the replacement of outdoor gym equipment at Mary Andrews Park.

Muddy’s Playground on the Esplanade in Cairns is a hugely popular asset with water play, a flying fox, play houses and a cafe.

The state government also committed to a splash park for Douglas Shire at the 2020 election.