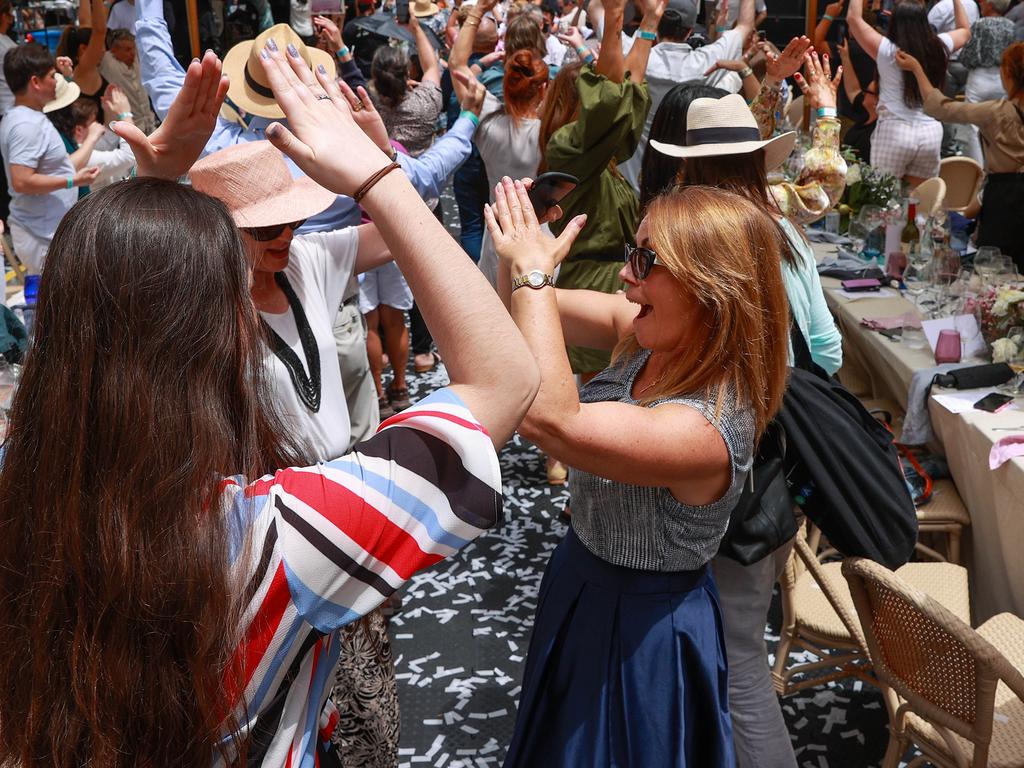 After the massive success of the previous week’s event, Premier Dominic Perrottet has given the approval to turn Sydney’s long lunch into a national event on the calendar.

Tourism Minister Stuart Ayres is looking to go bigger for next year.

“Let’s go from QVB to the Circular Quay. Let’s have the biggest long lunch that exists in the world. Let’s invite the whole world to Sydney,” he said

Up to 10,000 people could be lured into the city every year for an annual event turning more than a kilometre of George Street into a food and entertainment hub under an ambitious plan to take Sydney’s long lunch to the next level.

The plan has received the tick of approval from Premier Dominic Perrottet, who wants to turn Sydney’s annual long lunch into a national event on the calendar.

Buoyed by the success of Friday’s event, which transformed George Street into 280 metres worth of dining tables for a four course meal, Tourism Minister Stuart Ayres is now looking to “go bigger and be bolder”.

“Let’s go from QVB to the Circular Quay. Let’s have the biggest long lunch that exists in the world. Let’s invite the whole world to Sydney,” he said. “Friday’s event was the proof that George St could be used “in a way that people hadn’t contemplated before,” Mr Ayres said.

After proving that the road could be shut to traffic for an afternoon of fun, the government wants to push to establish an annual world-class event celebrating Sydney’s food and culture.

Restaurants up and down the strip could buy into the event and hold their own “long lunch” celebrations on the sidelines of the main attraction, Mr Ayres suggested.

If that happens, there could be “five times as many people than what you can fit on the street,” he said. “That’s where the real economic benefit will come from, giving all those businesses a real uplift.”

Taking the event down to Circular Quay would lead to thousands of people spending the evening – or even the weekend – enjoying the city.

“A lot of people will stay the night and their expenditure goes up, that’s what events are supposed to do,” Mr Ayres said.

On the sidelines of Friday’s long lunch, restaurateur Luke Mangan spoke to Premier Dominic Perrottet about expanding the event and making it an annual celebration.

Mr Perrottet has enthusiastically backed the idea, subject to working out the finer details.

Other satellite events could also be on the cards, like a long table in Harris Park showcasing local Indian restaurants.

“If you get to showcase your city like this in such a unique way, that is a tourism attraction. People will travel to be part of it,” Mr Ayres said.

An annual long lunch from the QVB to Circular Quay is part of Mr Ayres’ plan to reinvigorate the tourism sector, tapping into Sydney culture in new and exciting ways.

More than 800 people also enjoyed a long lunch at South Eveleigh, drinking 120 litres of cocktails and 840 glasses of wine.