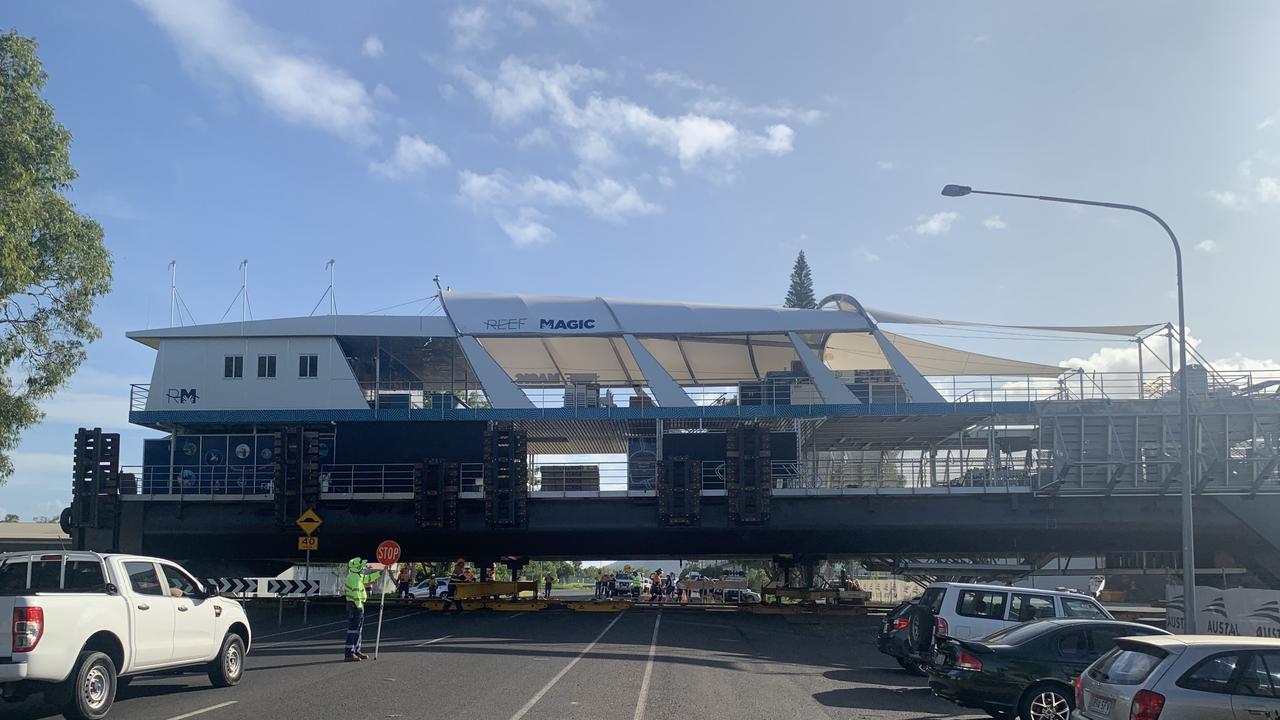 The Reef Magic pontoon was commissioned by adventure tourism giant Experience Co and built locally at Austal’s shipyard has been launched after a 12-month build. The new facility is expected to generate $50m in revenue for the region.

FROM next week sea trials of a new internationally marketed outer Reef mega pontoon will pave the way for a shaking off of the Covid blues as an influx of off shore arrivals touch down in Cairns. Built by English Engineering for Experience Co with financial backing of a state government Covid recovery grant, the $7m pontoon will undergo sea trials next week before a favourable weather window will allow movement of the vessel to Moore Reef, 45km off the Coast of Cairns.

TTNQ chief Mr Olsen said the pontoon was a symbol that represented more than the sum of its parts and was actually a launch pad out of the economic hardship created by the pandemic. He commended Experience Co’s vision at the beginning of the pandemic that’s now ideally timed to be ready for the direct arrival of international visitors to the Far North.

“The tourism industry have come in spades today to support (for this pontoon), this step forward John (O’Sullivan) that you and the team have made into the future,” he said.

“We believe that this is a platform for our way out of Covid.”

Mr Healy said the new pontoon was a fantastic asset for the Far North Region.

“It sends a very clear message,” he said. 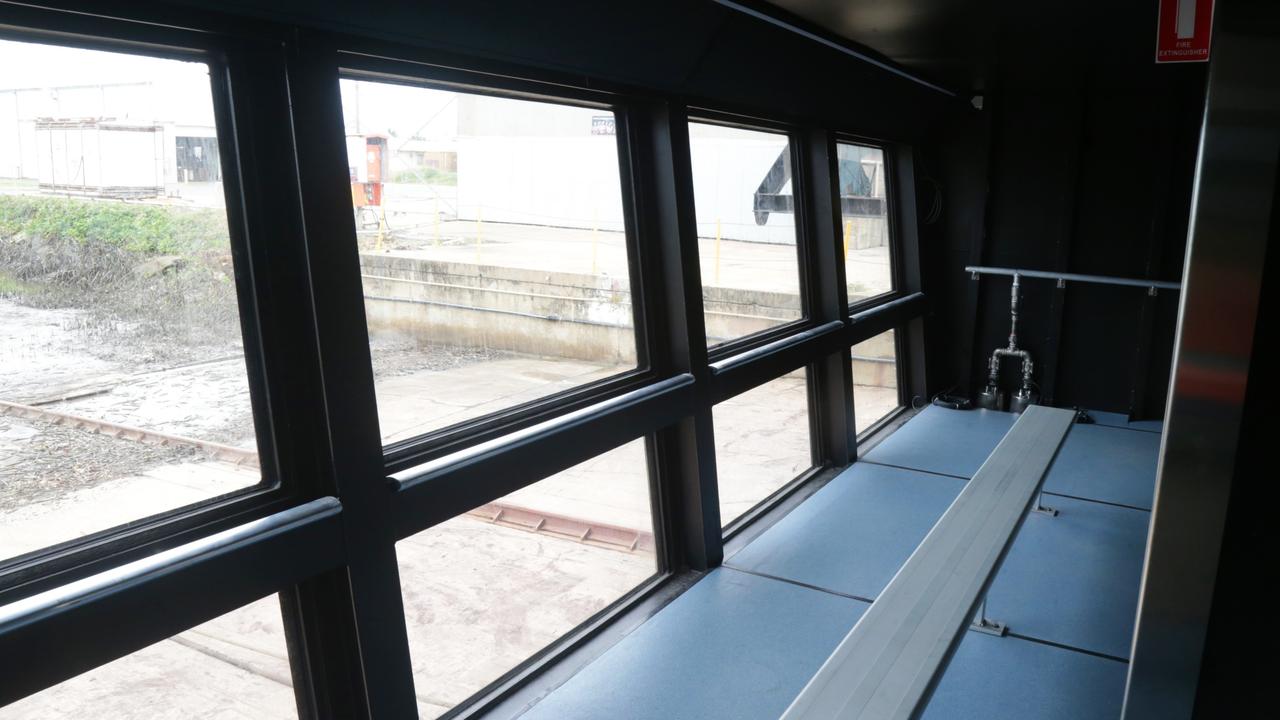 “And we now have got the largest war chest when it comes to aviation. We have $200m.

“We now have that money so we can go after those cherished markets.

The 1000sq m triple deck floating island can cater for up to 250 guests in a major feat of modern engineering designed with an environmentally-conscious focus. 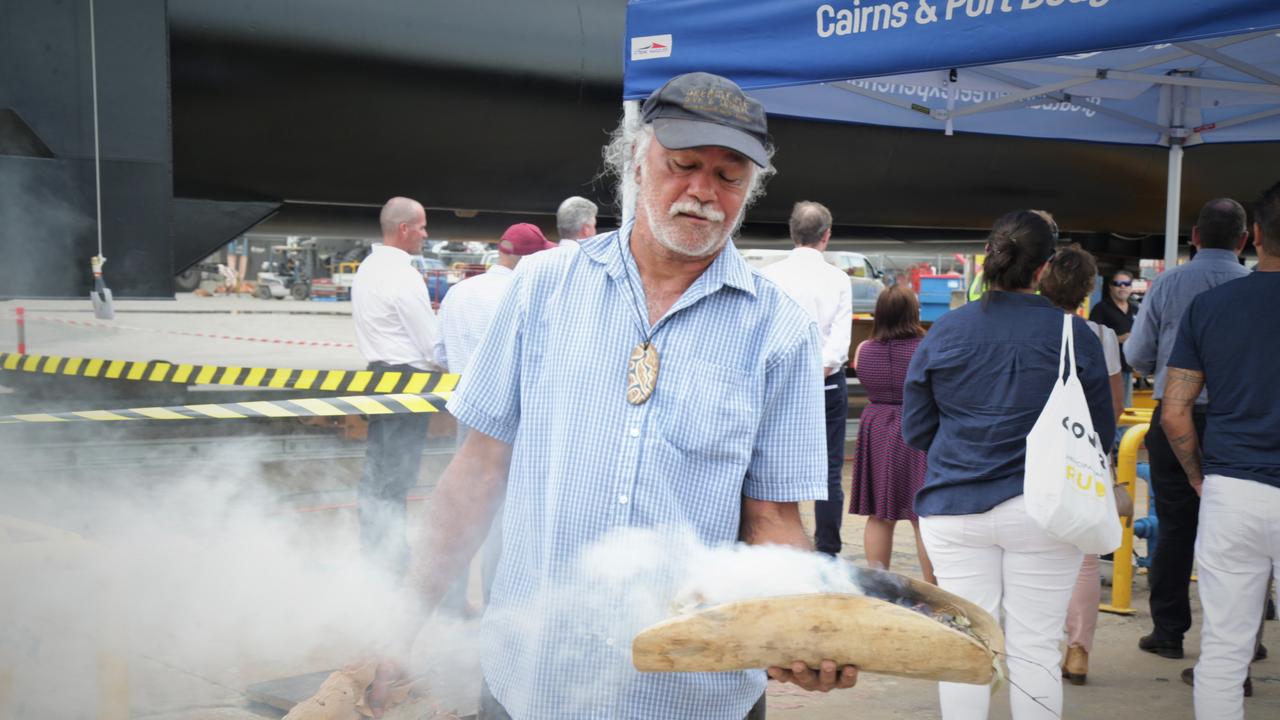 Minister Hinchliffe said across the globe a message broadcasting Queensland as being “good to go” is being heard.

“Our billboards in Piccadilly Circus and in Times Square right at this point in time (are) welcoming people back to see the wonders of the Great Barrier Reef,” he said.

“That’s part of what we’re doing and how we’re working with you to make sure that this investment really sings and really delivers and we (can) get back to a point where we see that a billion dollar international tourism industry for Tropical North Queensland return and grow.” The Reef Magic platform is Cairns’ first new-build pontoon following the launch of a Sunlover pontoon in 2017.

Mr O’Sullivan said an on-board marine research station could accommodate up to four marine biologists overnight and would be visited by 100,000 holiday-makers each year.

He said the project would not have been possible without state government backing.

“Our investment decision was based on the fact that this government was able to support us to the tune of $3m out of a $7m cost,” he said.

“And that made the project viable.”

Commissioned by adventure tourism giant Experience Co a massive $7m triple deck outer Reef pontoon will be towed to Moore Reef next week and become operational by March.
EARLIER: The first outer Reef infrastructure to be built in five years will soon be baptised by the Coral Sea in a massive post-pandemic vote of confidence in Cairns as the premier gateway to the Great Barrier Reef.

Commissioned by adventure tourism giant Experience Co and built locally at Austal’s shipyard by English Engineering the freshly completed $7m Reef Magic pontoon will be launched on Monday after a 12-month build.

The new facility is expected to generate $50m in revenue for the region. The 1000sq m triple deck floating island will can cater for up to 250 guests in a major feat of modern engineering designed with an environmentally-conscious focus.

“This rich history provides us with deep insights into how to curate experiences which will be of strong appeal to travellers when they visit our new pontoon,” he said. Sustainability has been a priority in the pontoon’s design and day-to-day operations will focus on reducing the environmental impact through the use of three wind turbines and 16 solar panels in a first for the region.

The new pontoon will replace existing infrastructure at Moore Reef to become operational from mid-March. In another first a dedicated research facility will provide on-board accommodation for scientists observing major reef events such as coral spawning. 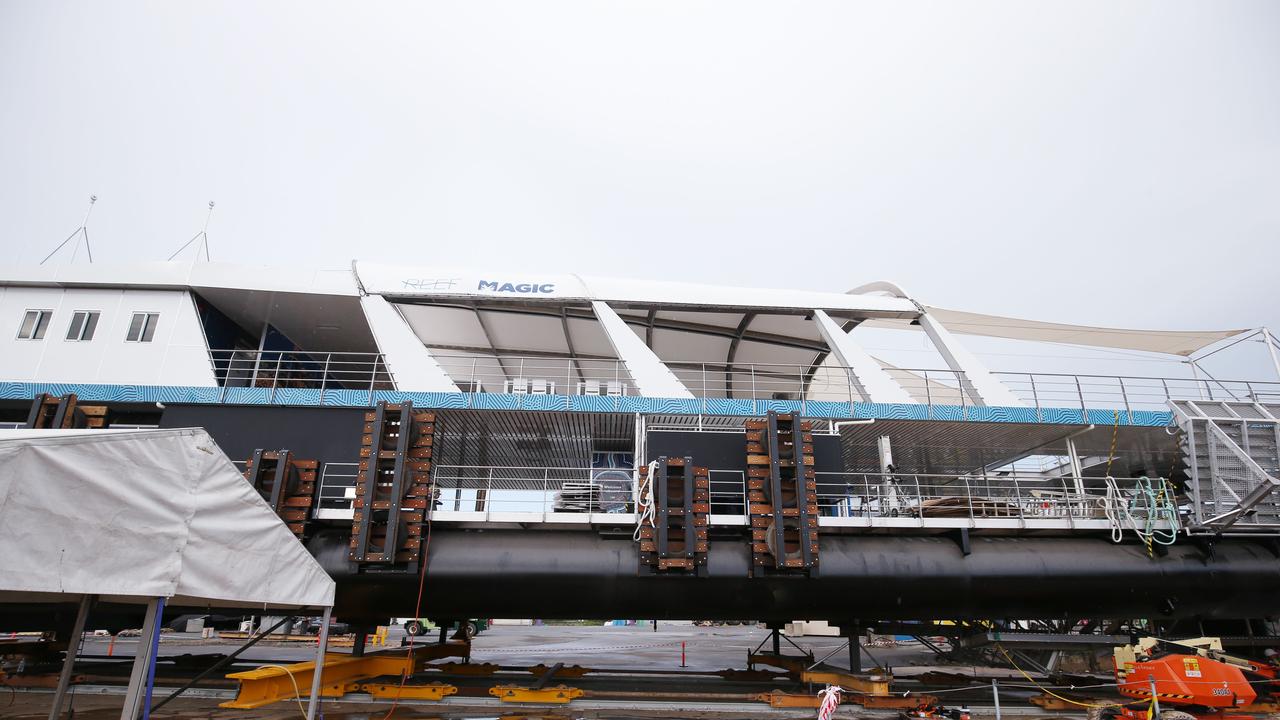 Citizens of the Great Barrier Reef, the Australian Institute of Marine science, GBRMPA, Mars Sustainable Solutions and the Reef and Rainforest Research Centre are expected to use the on-board laboratory. “It is not only a shot in the arm for tourism in the region but also a win for the marine science community who will have access to our purpose-built on-board laboratory and the local Cairns community who will continue to gain economic benefit,” Mr O’Sullivan said.

Tapping ancient Indigenous sea country knowledge the new pontoon will boast a strong representation of Indigenous workers who will form part of a 50 person full-time workforce. The new pontoon and Experience Co investment in new jungle surfing platforms to be operated by the newly acquired Treetops Adventures at Cape Tribulation suggests the company has forecast a strong Covid recovery for the Far North. 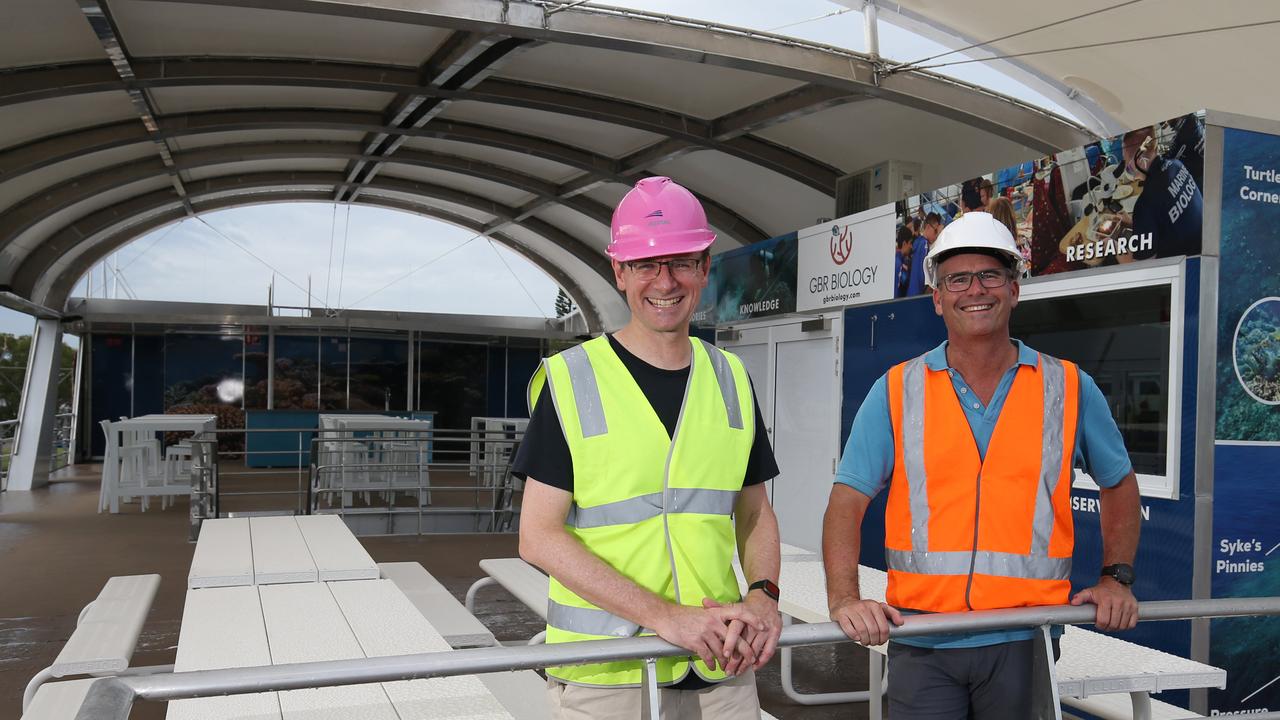 “The past two years have undoubtedly been the hardest for tourism operators throughout Australia and we are excited to be able share some good news,” Mr O’Sullivan said.

The pontoon was built with the assistance of a $3m state government grant.