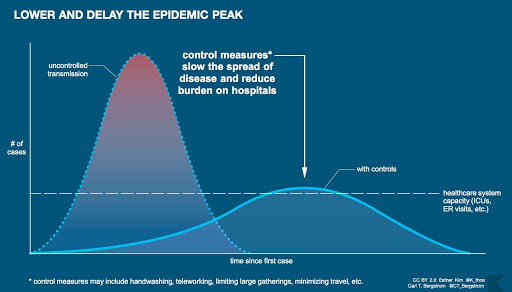 TTN 16 Mar 2020: The ABC’s Health Reporter Norman Swan and the entire medical establishment says that the one thing that can change the trajectory of COVID-19 is social distancing in extreme form – including tourism operators not only not hosting tourists, but isolating themselves.

Air New Zealand the first to declare job cuts after committing to cutting capacity by 85%.

Consistent message from the top of industry and government is to hunker down, weather this storm, and the larger groups are aware of their responsibility to support growth after a sudden economic winter.

NSW Premier Gladys Berejiklian – this will get worse, take care of your loved ones.

We can’t pretend that it’s business as usual, because it’s not.

You could unintentionally be infecting and causing other death in scores of other people.

Many event organiser’s insurance policies may  be triggered by government directive banning gatherings of over 500 people.

“It’s not a time to be complacent or reckless or think its not going to affect you.”

Michael Osterholm is an internationally recognized expert in infectious disease epidemiology. He is Regents Professor, McKnight Presidential Endowed Chair in Public Health, the director of the Center for Infectious Disease Research and Policy (CIDRAP), Distinguished Teaching Professor in the Division of Environmental Health Sciences, School of Public Health, a professor in the Technological Leadership Institute, College of Science and Engineering, and an adjunct professor in the Medical School, all at the University of Minnesota.

Info right from the ‘source’ – in-depth conversation about COVID-19 in plain English.