Canberra planners on the defensive over dev 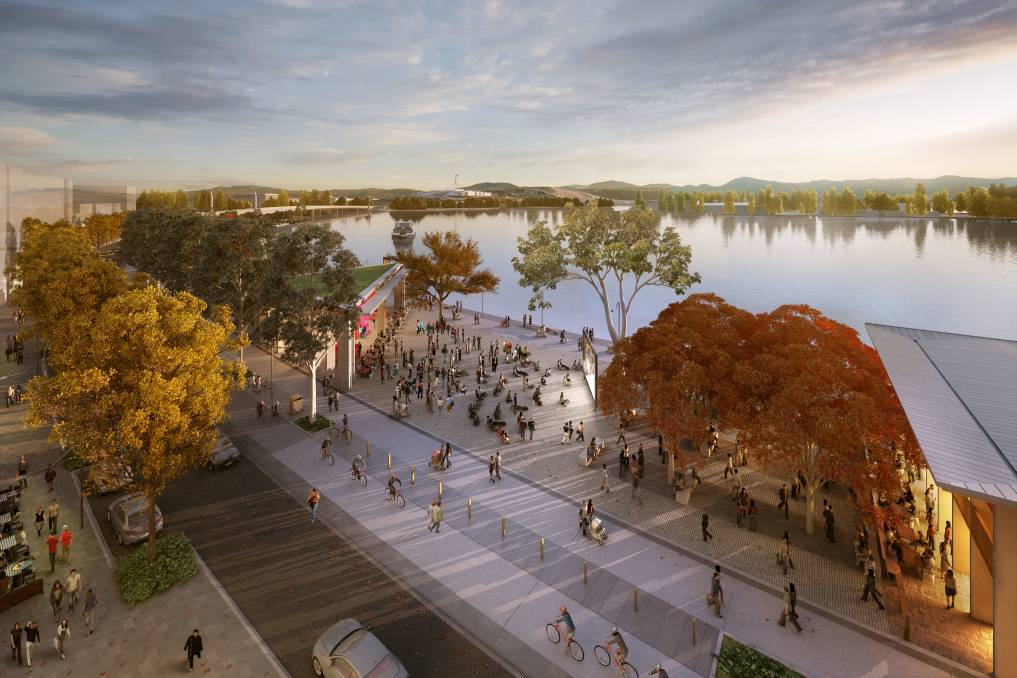 A transformed West Basin will not be “some yuppie private enclave”, City Renewal Authority boss Malcolm Snow says, flagging the potential for schools and libraries to be built as part of the waterfront’s redevelopment.

Mr Snow told last week’s meeting of the North Canberra Community Council that he was becoming frustrated at murmurings among sections of the community that the long-awaited lakeside project would be defined by private apartments.

Up to 2000 dwellings have been earmarked under the latest vision for the project, which is now being referred to as “Acton Waterfront”, although Mr Snow said that number was “on the very high side” of projections.

“What is important is that we make this the people’s place,” Mr Snow told the meeting.

“I get quite annoyed when I get people writing about this being some yuppie private enclave – that is so far from the reality of what we are trying to create.”

Mr Snow took a swipe at the now-defunct Land Development Agency, saying that in contrast to its predecessor, the City Renewal Authority was determined to create a space which was “very diverse … not just full of high-end apartments”.

He said the precinct would include a “very generous public park”, and might also feature schools, kindergartens and libraries.

“The sort of things that will bring people there on a regular basis,” he said.

Heritage advocates have long raised concerns about plans to redevelop the waterfront with apartments, arguing it amounted to the privatisation of a prime slice of public land.

Ms Ramsay said if the West Basin waterfront was to be built on, it should be with public buildings, such as a museum for Indigenous art.

“The potential of that area, as a strategic parkland for Canberra and national visitors, is huge,” Ms Ramsay.

“There is a possibility for so much more active recreation. [But] what we see here is the privatisation of a public park – it is so obnoxious.

Mr Snow acknowledged that the Land Development Agency’s original plan for West Basin had prioritised high-end apartments, but said the vision for the project – which was first mooted in 2002 – had evolved considerably.

The renewal authority is currently reviewing the masterplan for the precinct. Draft recommendations are expected to be presented to the board in December.

Mr Snow said apartments were a necessary part of the project, with land sale revenue needed to pay for the infrastructure and amenities required to support the development.

But he said the project was ultimately about creating a space for the wider community.

“The antithesis of that aspiration is to create an enclave of a mono-culture of uses,” Mr Snow said.

“West Basin is the place name for a body of water,” he said.

A start date for the landmark project remains unclear, with the ACT government still yet to finalise a deal that would allow it to secure, and then redevelop, the land.

Chief Minister Andrew Barr told a June budget estimates hearing that the government was being “held to ransom” by the Commonwealth over a potential land swap, which would grant the National Capital Authority land for an embassy in return for access to the lake bed.

Negotiations were still ongoing as of Tuesday.