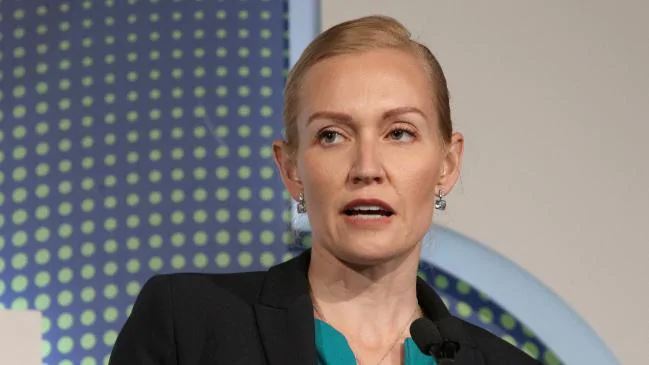 The Gold Coast tourism sector has launched an extraordinary attack on Annastacia Palaszczuk over the border stoush, accusing her of turning a “slip of the tongue” into bad public policy that will cost the city half a billion dollars.

Destination Gold Coast CEO Annaliese Battista — who represents the region’s major tourism operators, including airports, ­hotels and theme parks — said the area’s $5.9bn tourism industry was being made the “sacrificial lamb” of the Queensland Premier’s mixed messages on when the state’s border should reopen.

“A mistake is acceptable, but what’s unforgivable is to turn it into public policy … that will take $500m out of the pockets of mum-and-dad tourism operators on the Gold Coast,” Ms Battista said.

“The sector feels ignored or too easily dismissed by the Premier. We’re being made into the sacrificial lamb, without a genuine understanding of the reliance on tourism of the largest non-capital city in Australia. Politics is coming before good sense and reason. We urge the Premier to reconsider.”

The tourism industry was shocked this week when Ms Palaszczuk said Queensland borders may not reopen until September. Operators had been placing their hopes on the state’s written “roadmap” which said interstate travel might restart from July 10, subject to “further planning and review”.

The decision will be reviewed at the end of each month. Chief Health Officer Jeannette Young wants to see four weeks of zero community transmission of the virus in NSW and Victoria before the border is reopened to those states.

A spokeswoman for Ms Palaszczuk said the state’s roadmap was a guide and depended entirely on Dr Young’s advice at the time.

“As it says at the top of stage 3, allowing interstate travel is subject to further planning and review,” the spokeswoman said.

If the border opens in September, rather than July, some tourism regions will miss out on the majority of visitors for their peak winter season.

In Queensland from Mackay north, the economic loss is estimated at $91m a week while interstate travel is banned. North Queensland has not had a new coronavirus case for more than four weeks, and the region is calling for a “north Queensland bubble” to allow residents to holiday freely in the area from next month.

Tourism Minister Kate Jones declined an interview request from The Weekend Australian every day this week. In a statement, she said she knew the tourism industry was “hurting right now”. “TEQ (Tourism and Events Queensland) are working tire­lessly behind the scenes on a campaign which will launch soon. We may not be able to travel yet, but Queenslanders can still support local businesses,” Ms Jones said.

“Leading in to the school holidays, we’ll be calling on Queenslanders to take advantage of local tourism attractions in their own backyards.”

From June 12 and for the school holidays, Queenslanders will be permitted to drive up to 250km in their regions and stay overnight.

But Richard Hewitson, who runs two resorts and a car hire business at Palm Cove, north of Cairns, said his businesses would struggle to survive without interstate visitors in winter.

“We’re still holding (interstate) bookings for July in the hope the borders will open, (as it says) in the roadmap,” Mr Hewitson said.

“Normally, we’d be booked out at this time of the year. If the interstate border doesn’t reopen, we’ll be less than 5 per cent.

“Everyone’s frustrated up here. Palm Cove has acted very well, we’ve socially distanced, we’ve downloaded the COVID app, we’ve done everything they’ve asked of us. You can’t help but wonder, what have we done wrong?”