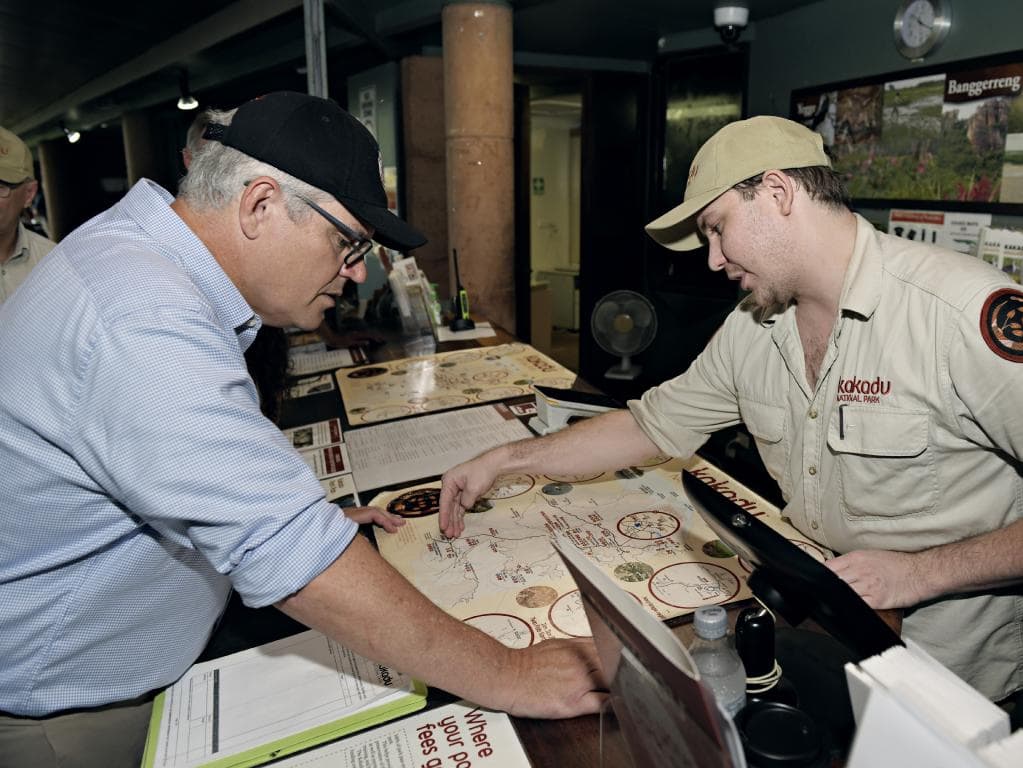 It will take $446m and strategic collaboration to turn mining hub Jabiru into a tourism mecca.

JABIRU’S transition from a mining town to tourism hub for Kakadu National Park and the West Arnhem region takes a major step forward.

It is expected there will be a signing of a Memorandum of Understanding by the Territory and Federal governments, traditional owners and Energy Resources of Australia.

Federal Environment Minister Sussan Ley is believed to be joining Ms Uibo, traditional owners from the Gundjeihmi Aboriginal Corporation and Energy Resources of Australia in Jabiru for the signing, a four-way commitment to the $446 million Jabiru masterplan.

The NT Government has committed $135.5 million to the town. Prime Minister Scott Morrison has confirmed the majority of a $216.2 million federal commitment, “in the order of $150 million will be provided by 2022-23”.

“The Commonwealth remains committed to a funding package of up to $216.2 million to support jobs and tourism growth in Kakadu and help remediate the township of Jabiru, as announced on 13 January 2019,” he said in a letter to Chief Minister Michael Gunner.

“I look forward to working with you to implement the funding package for Kakadu and settling arrangements for the future of Jabiru.”

“The master plan is our vision for the new Jabiru town,” she said.

“Jabiru and Kakadu are places where we can share our cultural heritage with future generations.”

Ms Uibo said the Territory Government would work closely with GAC to support the employment opportunities tourism will present for the Mirarr people “so they can achieve their social and economic aspirations”.

“The Mirarr traditional owners can improve the visitor experience for those who come to visit this very special part of the Territory,” Minister Uibo said.