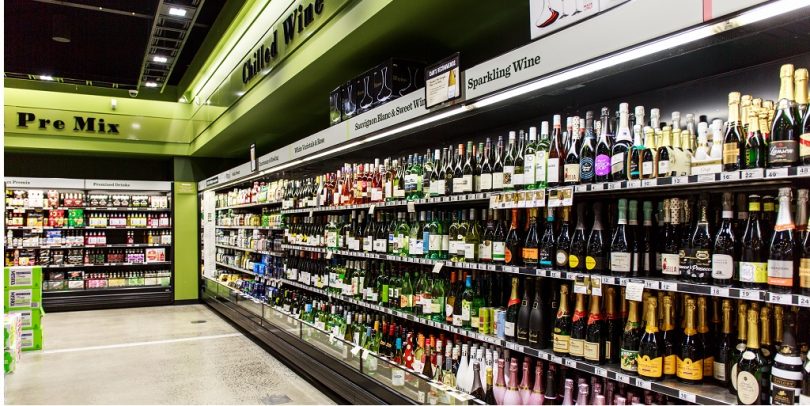 Woolworths wants to relinquish control of its controversial pubs and poker machines business through a plan to merge it with its bottle shop operations and spin that off as a new company.

Australia’s largest retail group said on Wednesday it planned to combine its bottle shop and pubs businesses, Endeavour Drinks and ALH Group, with the intention to sell, demerge or float it through an IPO in calendar 2020.

Woolworths says it planned to combine its drinks and hospitality business, Endeavour Drinks and ALH Group, with the idea to eventually demerge it.

Woolworths said it expected to retain minority ownership of the new business, to be called the Endeavour Group.

The supermarket chain has come under constant pressure from anti-gambling campaigners over its 75 per cent stake in ALH, which is Australia’s largest operator of poker machines with more than 12,000 across its 323 pubs and clubs.

The risk to Woolworths’ reputation from ALH was highlighted last year, when it was revealed staff at ALH pubs were keeping personal information on high-turnover gamblers and giving them free drinks to encourage them to gamble more.

The revelation prompted a number of investigations by state and federal liquor and gaming authorities, and the New South Wales gaming regulator has launched disciplinary proceedings over the scandal.

In May, The Age and SMH revealed one of Woolworths’ biggest shareholders, Perpetual Investments, had also been pushing Woolworths to exit the business.

Woolworths chief executive Brad Banducci said the spin-off was about unlocking growth potential at the supermarket and Endeavour businesses, with ethical concerns not playing a major role.

Work on a deal has been underway for about a year and Mr Banducci said it was actually held up by the free drinks scandal at ALH, which prompted the company to “slow down and get our house in order” on responsible gambling before bringing the new company to market.

“We actually paused all of these considerations… to address our responsible gaming commitments, because you have to do these things for the right reasons and not for the wrong reasons,” he said.

However Mr Banducci did say that Woolworths would benefit from improved “brand clarity” as just the “Fresh Food People” and not part of a larger group that includes pubs, bottle shops and gambling.

Endeavour will be a standalone business with sales of $10 billion and earnings of around $1 billion a year, and will be able to realise growth opportunities not being pursued at the moment because Woolworths is getting better returns investing available capital in its supermarkets.

Woolworths shareholders will have to vote in favour of the transaction at the company’s annual general meeting, later this year.

The ALH Group was formed in 2004 between Woolworths and pub baron Bruce Mathieson, who owns the remaining 25 per cent of ALH. His stake in ALH will be swapped for a 14.6 per cent holding in the new combined company.

Woolworths shares closed 2.7 per cent higher at $33.82 on Wednesday.