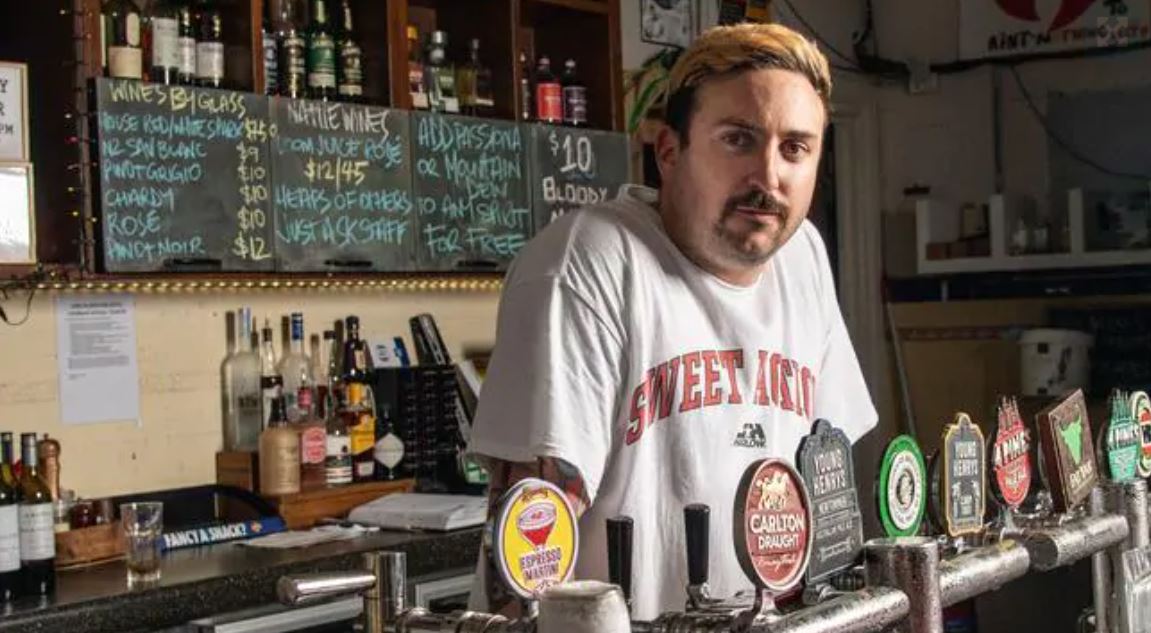 At the end of every night, pub owner Ben Johnson breathes a “big sigh of relief” (that he didn’t get catastrophically fined).

At the end of every night, pub owner Ben Johnson breathes a “big sigh of relief”.

Another 24 hours with no COVID contact notices, no police whacking his business with a fine of up to $50,000 over misbehaving customers – he lives to trade another day.

But the Lord Gladstone hotelier says it’s getting “a little bit frustrating” that customers are still not fully compliant with the new rules, which have been in place for months.

“I am always afraid I’m gonna walk in one day and get a phone call or an email saying there was a casual (COVID) contact at the pub or that someone’s gonna walk in and say you’re not complying and fine us,” he told NCA NewsWire.

“It would put a big dent into all the work we’ve put in over the last few months, all the extra hours we’ve worked to save money.

“It would be devastating to have a chunk of the money we busted our arse for (taken as a fine) because punters weren’t taking it seriously.”

The Lord Gladstone is only able to do about 35 to 40 per cent of its regular trade under the COVID restrictions, so a fine from the police because of customers behaving badly would be a huge loss. Picture: FacebookSource:Facebook

The Lord Gladstone is one of dozens of venues in Sydney that have teamed up with the Night Time Industries Association (NTIA) for a new campaign aimed at complacent customers.

The ‘check check check’ campaign reminds pubgoers to check in with their correct details at the door, check their hands by regularly washing or sanitising and to check their physical distancing while they spend time out of the house.

“In the same way venues are prepping for customers before they arrive, punters need to establish new rituals when they get to their favourite local,” NTIA chair Michael Rodriguez said.

“Similar to Slip, Slop, Slap, when leaving the house it’s ‘wallet, phone and keys’ and then at a venue it’s check in, check your hands and check yourself.”

Mr Johnson says for him, there hasn’t been much of an issue until late of an evening, when the Lord Gladstone would typically move the traditional pub set-up out of the way and set up a dancefloor.

“After 10pm, when people would be used to gearing up for a big night … you see people getting a bit antsy,” he said.

“It is frustrating, but in the scheme of everything we’re dealing with, it’s not the end of the world.”

The publican said he just wants to see punters come in with “open eyes and open ears”, noting all the information they need to be across can be taken in through various, clearly placed signs before they take their first sip of beer.

“All the info is usually at the front door or the bar,” he said.

“Keep your eyes, ears open and look for the QR code.”

The pub, unable to allow dancing or any sort of crowding under the current COVID restrictions, is still only trading at 35 to 40 per cent.

Mr Johnson said while he was enjoying the new challenge, he’d be happy to broker a deal with NSW Premier Gladys Berejiklian.

“If Gladys and the NSW government ease the restrictions in the next two weeks, I’ll change the name of the pub from the Lord Gladstone to the Lady Gladys,” he said.

TTN note: NSW did relax the rules within two weeks of Ben Johnson’s promise, so The Tourism News followed up on Instagram.