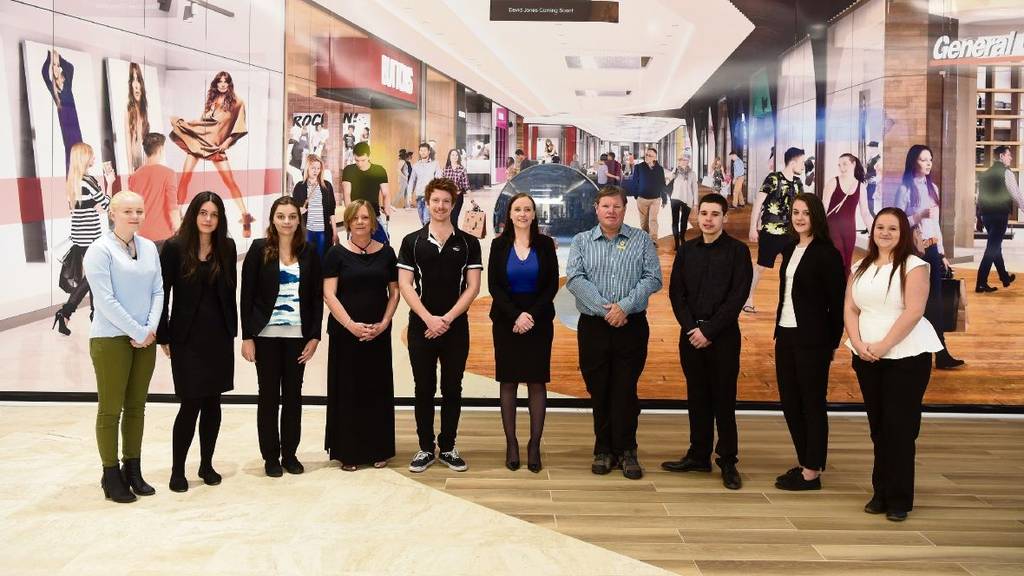 Central Coast Group Training (NSW) has provided a list of the hospitality and tourism traineeships and apprenticeships available that they know of and that they can provide placement assistance for.

The Tourism News contacted Central Coast Group Training when we looked into the Australian Apprenticeships list of Group Training Organisations. If an operator has insufficient work to apply all skills across an apprenticeship (e.g. can only offer so many hours per week or in certain training modules), a Group Training Organisation (GTO) can be utilised to help e.g. one cookery apprentice work across a few different companies. As part of COVID stimulus, GTOs are also being incentivised to place workers, especially youth workers.

TTN’s photo from this image is of a hospitality training program in Perth, where 75% of the participants are women.

The Federal Government has announced it will roll out a $1.2 billion wage subsidy scheme for trainees and apprentices.

It comes two days out from the delivery of the Federal Budget.

The plan is the Government’s pitch to young people who are worried about finding a job, to older people needing to retrain and to employers who want to hire trainees and apprentices but are struggling to afford it amid the coronavirus pandemic.

Here is what we know about it so far.

What has the Government announced?

Trainees and apprentices who are put on the books from tomorrow will have half their wages paid by taxpayers for 12 months.

The scheme will be in place for the next year and comes at a cost of $1.2 billion.

The announcement is designed to provide reassurance in particular to school leavers — whose education has been so disrupted by the pandemic — that they will have avenues for employment when they graduate this year.

Shadow Treasurer Jim Chalmers has told the Insiders program that Labor largely welcomes the announcement, and he holds fears about a “lost generation sacrificed to this recession”.

It is the latest in a string of pre-budget announcements ahead of Tuesday and Mr Frydenberg says it will be on offer to all industries across the country.

The Government says manufacturing, construction, arts and mining sectors will all benefit.

How does a wage subsidy work?

The subsidy would be paid direct to the employer when they hire a new apprentice or trainee. The money will be transferred quarterly, in arrears.

It’s different to the existing JobKeeper wage subsidy, because it focuses on new jobs being created and specifically targets people entering the job market or retraining.

The existing JobKeeper payment is a flat wage subsidy that’s being paid to millions of existing Australian employees whose workplaces have been put under pressure by the pandemic, to keep them connected to their job and out of the unemployment queue.

What help has the Government previously announced for apprentices?

In July, the Government unveiled a 50 per cent wage subsidy for existing apprentices, so they would not be laid off. That was worth $1.5 billion.

A scheme known as “JobTrainer” was also introduced to help young people bolster their training and skills.

Some industry insiders say that was always a bandaid measure and Sunday’s announcement was inevitable to help generate new jobs, because many businesses would not be able to afford to otherwise.

What does it mean for women?

This scheme is for both apprenticeships and traineeships.

Many industries that offer apprenticeships are male-dominated, so questions have been raised about whether this scheme puts in place a gender-balanced approach to ensuring young people have job opportunities.

The Government says this is not an industry-specific announcement and the scheme is nationwide, and will capture lots of female trainees in different industries too.

Is there a catch?

Labor is concerned this subsidy is only in place for a year and capped at 100,000 places.

Mr Chalmers said Labor was generally backing the concept but remained worried it would not ensure long-term support was in place for younger workers.

‘Do something you will stick to’

When it comes to budgeting, it’s important to find a method that works for you. So, we’ve looked at the pros and cons of three common methods you can use to do a budget.

Mr Chalmers told the ABC’s Insiders program that the Government did not have a solid track record of entry-level jobs, claiming it had overseen a shrinking pool of apprenticeship and training positions overall since being elected.

“This is very important that we address some of the issues in training. Now, obviously it doesn’t make up for the 140,000 fewer apprentices that we’ve seen over the life of this government.”

Labor has been lobbying against the reduction to the existing JobKeeper wage subsidy that came into effect last week. The payment is still being relied upon by millions of Australians.

“There is already a subsidy in the system which has the capacity to do a lot of good but is being cut too soon, unemployment queues will be longer and more small businesses will hit the wall,” Mr Chalmers said.

He said Labor was also seeking assurances wage subsidies would not end up paying for positions that would have been created in the economy anyway.

VICINITY Centres and the City of Mandurah have joined forces to run a first-of-its-kind youth hospitality training program at the Billy Dower Youth Centre.

Supported and run by Jobs West, the 10-week hospitality program kicked off July 25 and has provided 11 students with entry-level hospitality and retail skills and qualification of a Certificate II in Hospitality.

Vicinity Centres is helping participants gain hands-on experience by ensuring every student undertakes work placement through one of the Mandurah Forum retailers, has considerable interview skills and the chance to get a real job interview with one of their retailers.

Vicinity Centre aims to have 50 per cent of students from the program employed either part of full time at the completion of their qualification.

Vicinity has also committed to every student completing the course having an interview for employment at Mandurah Forum and work placement will be held next month,

The program is funded by the State Government with additional funding from Vicinity Centres to support students learning including youth worker support, a cappuccino machine for training and interview attire.