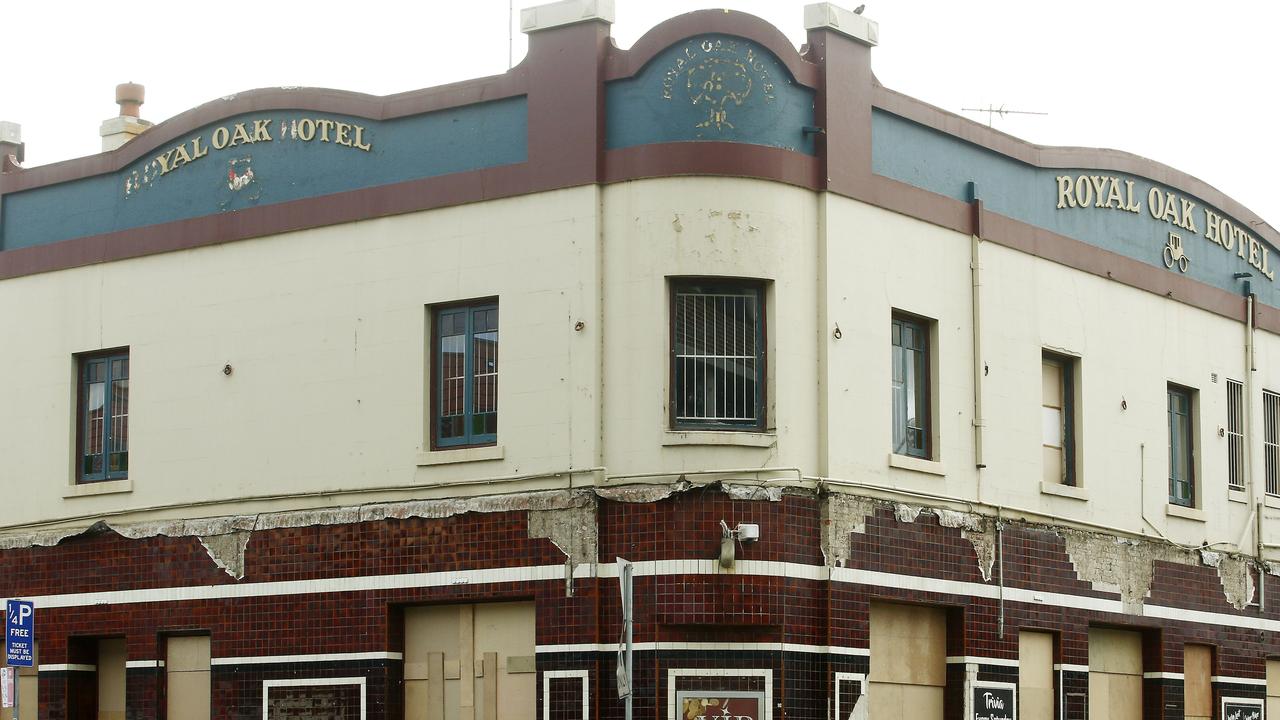 The Royal Oak Hotel, which was demolished to make way for the Parramatta light rail last year, is reopening opposite the original location.

However, most of the 207-year-old hotel original features are in the new hotel.

The Royal Oak Hotel, which was demolished to make way for the Parramatta light rail last year, is reopening opposite the original location but a descendant of the founder has criticised the new venue for snubbing the traditional character of the foundng pub.

The 207-year-old hotel was filled with fireplaces, animal head wall mounts, sandstone foundation blocks and its trademark exterior green and maroon tiles. Some items were salvaged by Parramatta Light Rail and stored by Parramatta Council but others such as the pressed metal ceilings could not be saved because of lead dust contamination.

However not a trace of the original features will be at the new hotel. There are some faux pressed metal features at the entrance and new green tiles similar to the ones in the original building at the corner of Ross and Church streets but no historic treasures that once lined the character-filled pub. Convict John Metcalf established the pub as the Shamrock, Rose and Thistle in 1813 before Tunks built and ran the Royal Oak.

The Cobb & Co Stables at the back of the site have been retained.

The Royal Oak, known to be a favourite for Eels players and fans, business workers and locals, lost more than two centuries of history when it was demolished in May last year to make way for the light rail, despite a campaign to save it or have the tram line rerouted.