Restaurant + Catering on board, pleading Treasurer 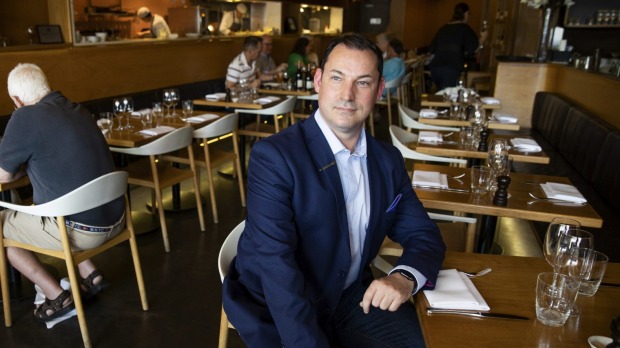 The Restaurant and Catering Association’s chief executive Wes Lambert has stepped up to the plate on behalf of hospitality businesses.

Josh Frydenberg is being urged to immediately relax JobKeeper eligibility rules for hospitality and tourism businesses that had started to recover only to be decimated after snap lockdowns were introduced in Sydney and Brisbane over the highly lucrative Christmas holiday period.

While the Treasurer is holding firm against growing calls to extend JobKeeper beyond March, business leaders joined with hospitality and tourism groups on Tuesday to warn some businesses that did not qualify for the final three months of the scheme needed to be let back in.

In order to receive JobKeeper payments between January and March, a business must have shown its actual turnover for the December 2020 quarter declined by between 15 and 50 per cent, depending on its size, compared to the previous year.

Restaurant and Catering chief executive Wes Lambert said there were many businesses that had recovered enough last year not to meet the turnover test only to have suddenly lost most or all of their income.

Lockdowns of Sydney’s northern beaches and Greater Brisbane and resulting border closures and COVID-19 restrictions were brought in over the Christmas-new year holidays.

“Here we sit at the precipice again where in the last two weeks of December and now into January, lockdowns and restrictions remain in place primarily for the accommodation and food services, arts and entertainment and transport and tourism industries,” Mr Lambert said.

“We would call on the government to relax the (quarter ending) 31 December eligibility requirement for the worst-affected industries that continue to be restricted over and over in state and federal recovery roadmaps.

“The federal government has said they have not spent all the JobKeeper funds and the Treasurer has the ability to make changes to JobKeeper 2.0. They have been talking about targeted stimulus; I don’t see how this would not be the perfect application of such.”

While Mr Lambert was open to suggestions to relax the rules, he said affected businesses could requalify if they received JobKeeper payments in the December quarter or if they could show their turnover declined by the relevant amount in December 2020 or January 2021 compared to the previous year.

Tourism and Transport Forum chief executive Margy Osmond agreed there was an argument for the government to review eligibility requirements for the scheme. “This is the most sensitive time of the year,” she said. “These unexpected border closures and lockdowns will have decimated the industry. Everybody is affected — big, medium and small.

“The speed and uncertainty with which lockdowns were introduced, it was a case of ‘what the heck was that?’ Suddenly everything was shut with no warning. And also when lockups are released, you might have thought people go back and have the holiday they missed but they’re not going to because they’re completely lacking in confidence their holiday isn’t going to be interrupted again.”

Industry has acknowledged Mr Frydenberg’s insistence that JobKeeper will end as planned on March 28, but Ms Osmond said tourism businesses would need special consideration and some form of ongoing support unless the international and domestic borders reopened.

Representing more than 5000 hotels, pubs and resorts, Australian Hotels Association chief executive Stephen Ferguson said the government “absolutely” had to revisit JobKeeper eligibility rules for the accommodation and food services sector, which was “the first to be hit every time new restrictions are put in place”.

“The situation is still so unstable that we need to deal with the fact of businesses today, not what they were three months ago,” he said.

“The Brisbane hospitality and accommodation sector was shut down for three days and is now operating at 50 per cent of what was already restricted trading, but they are being provided with no relief for having borne the brunt of helping Queensland avoid a COVID disaster.”

Mr Frydenberg said JobKeeper had been a “lifeline” for millions of Australians, but was always intended to be temporary and it had already been extended for six months.

With about 85 per cent of those who lost their job or were stood down to zero hours during COVID-19 now back at work, the economic recovery was “well underway”, he said.

Hospitality businesses in the areas that were locked down were forced to throw away millions of dollars of stock and, along with tourism operators, cancel bookings. Modelling for the TTF, conducted before the Greater Brisbane three-day lockdown, estimated tourism spending over the holiday break would almost halve because of border restrictions imposed by states on NSW in response to the northern beaches coronavirus outbreak.

Council of Small Business Australia chief executive Peter Strong said any business that had been identified as a venue of concern after being visited by a person with coronavirus should also automatically be eligible for JobKeeper.

“Otherwise the staff will lose their jobs,” he said.

“For contact tracing purposes, they’ll name a business but that business won’t see any business. I’ve heard it lasts about two months because people stop going there.

“This is the next stage of JobKeeper, they can call it by a new name, but it’s about targeting support to those who need it when they need it.”

Australian Regional Tourism chair Coralie Bell said the future of JobKeeper should only be discussed when there was clarity on the vaccine rollout. Taking payments away from businesses before then was premature.

“Should people who are making money get JobKeeper? No they shouldn’t, I’m not saying open slather but if you’re hit now to a point where you thought you were okay but you’re not, you should have an option to put your hand up,” she said.