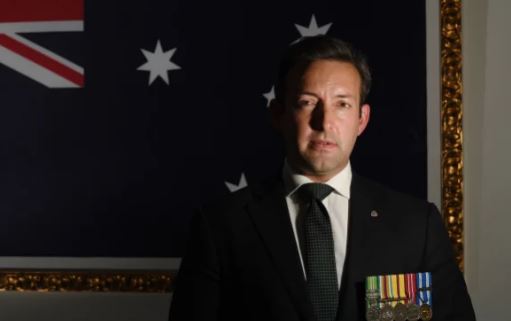 RSL NSW president James Brown has acknowledged the veterans’ group’s scandal-plagued head office was even “more rotten” than he expected when he took over the organisation two years ago.

As the renewed state RSL board prepares to unveil a fresh constitution to turn the page on its past problems, Mr Brown has charted the ups and downs of reforming the 35,000-strong ex-service organisation.

The former army captain, who has been flagged as a potential contender to fill a casual Liberal vacancy in the Senate later this year, said that in its zeal to improve the finances and accountability across the league, the new leadership received some push-back from grassroots members who felt “rushed”.

Despite well-documented financial scandals in the head office at Anzac House in Sydney – with former president Don Rowe now facing fraud charges – Mr Brown said the overwhelming bulk of members of the 350 sub-branches that make up the NSW league wanted to do the right thing for local veterans.

“The vast majority of our sub-branch members are committed to doing the right thing and believed they were following the right rules when it came to how they raised money and what they did with the resources we are lucky enough to have.

“They felt bitterly disappointed by the people that let them down in previous leadership positions.”

At a December meeting, Mr Brown and his fellow directors put to members a new constitution that would have given head office more responsibility for sub-branches’ financial management.

“The changes we were proposing were quite a centralised model,” he said. “The members had a very clear view that that would take away from the essence of the organisation which was its local, grassroots flavour.

“They felt like we hadn’t talked to them enough about the individual and local complexities of doing that.”

The big change in the draft constitution to be unveiled on Wednesday is that sub-branches won’t be forced to change if they feel their current structure is working for them.

Mr Brown praised his colleagues on the new board and the new staff in NSW head office for turning the headquarters into a professional outfit.

They’ve had help from everyone from the NSW Governor, and soon-to-be Governor-General, David Hurley to corporate CEOs, former army friends, lawyers working pro bono and other charities.

Mr Brown, who is also a defence and international affairs scholar and the son-in-law of Malcolm and Lucy Turnbull, said it was “flattering to be considered” for the Senate vacancy when Arthur Sinodinos leaves to become ambassador to the United States.

He confirmed people had talked to him about the role, but asked if he was considering it, said: “Not immediately. I don’t really have a position on that.”