Hard FIZZ to open on the Gold Coast 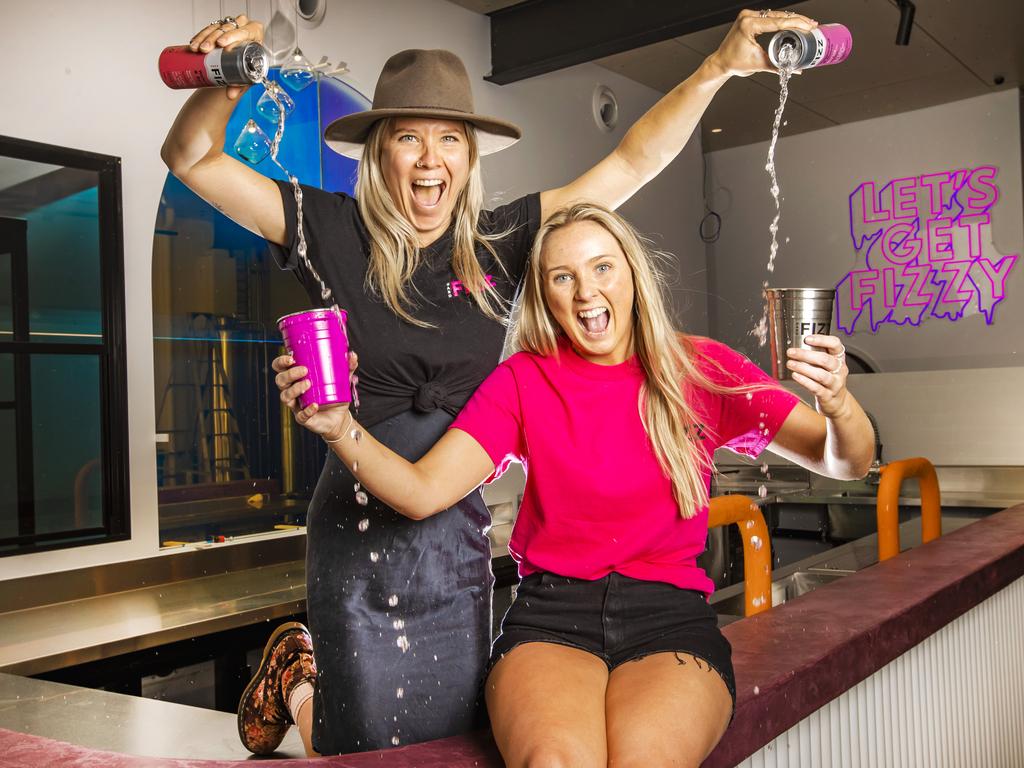 Hard FIZZ is set to open on the Gold Coast and is aiming to tap into the seltzer craze sweeping the globe. The brewery will be open to the public with tours, food and live music.

Hard FIZZ is owned by a group of identities including:

A celebrity-owned seltzer brewery is set to open on the Gold Coast next week to put the ‘fizz’ into summer celebrations.

Gold Coast hospitality heavyweights Jackie and Billy Cross are also part-owners of the one-year-old brand which has already amassed more than $7.5 million in sales.

The hip Miami brewery, which aims to tap into the seltzer craze sweeping the globe, will be open to the public with tours, food and live music including sets by Fisher, Evers and emerging local DJs.

Alcoholic seltzer sales are forecast to hit $300 million in Australia by 2025 and Hard FIZZ CEO Wade Tiller said the brand was riding the low-calorie beverage‘s wave of popularity.

He said about $1 million had been spent on the new brewery which will double as the company’s headquarters, employing about 20 staff. The new celebrity-owned Hard Fizz seltzer brewery on the Gold Coast which opens to the public next week. Anika Mantell (black top) and Sarah Schultz ahead of the opening. Picture: NIGEL HALLETT

While commercial quantities of Hard FIZZ will continue to be made interstate, the brewery will act as a ‘lab’ for new products. It also has a special ‘artisan’ liquor licence, allowing it to sell beers and spirits made by other local producers.

“Seltzer is most definitely the drink of choice around the world at the moment but we‘re proudly Gold Coast and are so stoked to be keeping it here in our hometown,” Mr Tiller said.

“From the time we started tapping our mates on the shoulder to see if they wanted to be involved, to seeing the product in our favourite bars and bottle shops in Australia, it‘s been a heck of a ride but one we’re definitely enjoying.

“We just want to be synonymous with fun and I think we’re doing that.”