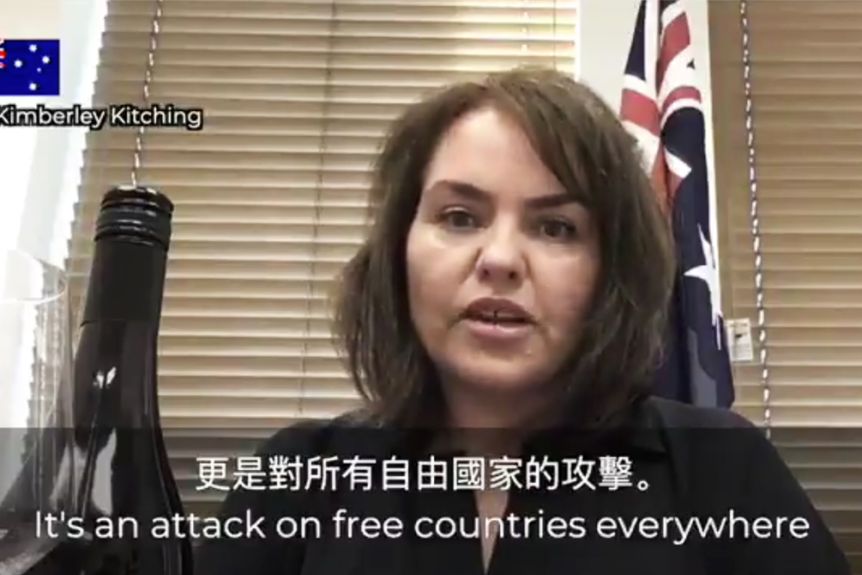 A global alliance of parliamentarians have called on their compatriots to “stand against authoritarian bullying” as they launch a campaign to support Australian winemakers battered by Chinese trade tariffs.

In a short video released on Tuesday, a number of MPs from the Inter-Parliamentary Alliance on China (IPAC) called on their citizens to ditch their national beverages this December in a bid to support the Australian wine industry.

IPAC represents more than 200 MPs from 19 countries who describe themselves as a “cross-party group of legislators working towards reform on how democratic countries approach China”.

In the video, Labor senator Kimberley Kitching said China’s recent behaviour amounted to an attempt to “bully” Australia into “abandoning its values”, while noting Beijing’s list of 14 grievances and suspension of a number of Australian exports.

Swedish councillor Elisabet Lann implored people to “let the Chinese Communist Party know we will not be bullied” by drinking a “bottle or two of Australian wine”.

Australian wine has become one of the hardest-hit industries amid the fast-deteriorating bilateral relationship between China and Australia.

Last week, Beijing imposed devastating import taxes, ranging from 107 to 200 per cent, on all Australian wine.

The move followed the preliminary findings of a Chinese anti-dumping investigation, which claimed Australian winemakers were selling wine below the cost of production, and causing China’s winemakers “substantial harm”. The Australian Government has refuted the claim.

The wine tariffs came after China’s Commerce Ministry gave informal instructions to importers to suspend orders of wine and six other types of Australian exports earlier this month.

Australia’s wine production industry earned $7 billion of revenue in the past financial year, according to market research firm IBISWorld.

IBISWorld’s senior industry analyst Matthew Reeves told the ABC earlier this week the tariffs would deal the industry a “devastating blow” as China made up 36.7 per cent of export revenue for last year.

With tariffs of up to 200 per cent on some winemakers, he expects China’s demand for Australian wine to “almost entirely collapse”, given Australia will effectively be locked out of the Chinese market.

Australian trade representatives have been unable to speak directly with their Chinese counterparts, and Beijing has so far refused to relent on the imposition of high tariffs on a range of products, as well of the suspension of seven types of Australian exports including coal, copper ore and timber.