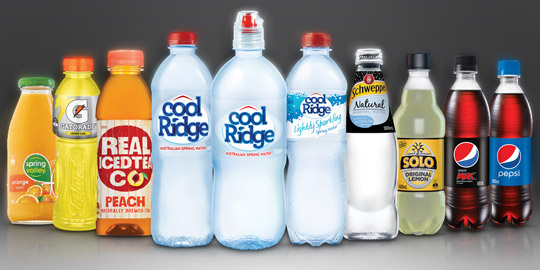 The Japan-based drinks manufacturer, which turned over $28 billion last year, is seeking costs from Aussie Growers Fruits, after supermarket customers took to Facebook to complain about “hairy” clumps in one-litre bottles of fruit-flavoured iced tea.

Asahi, which owns brands including Peroni and Mountain Goat, is seeking costs for raw materials, loss of potential profits, recall costs and a full reimbursement of almost $45,000 paid to Aussie Growers for more than 100,000 bottles of Real Iced Tea.

In a statement, Asahi said some batches were recalled after they failed to meet quality standards. “Real Iced Tea products currently in the market are exclusively made by us,” reads the statement.

Laurie Modaffari, owner of Aussie Growers, said his company would “absolutely be disputing the claims” and accused Asahi of “bullying tactics”.

“We are going to defend ourselves against whatever claims they are making,” he said.

In a statement of claim filed by Asahi in Victoria’s Supreme Court last week, the company details how Aussie Growers produced about 400 sample cartons of the drink, with flavours including hibiscus and raspberry and lemongrass and ginger.

“Microbiological validation of the samples showed that the … products produced in the trial were clear from obvious sediment, mould growth or yeast,” states the claim.

Following successful testing at the company’s Silvan base in Melbourne’s outer-eastern suburbs, the iced tea was put on sale at major supermarkets and other retailers.

On October 24, an Asahi employee in Queensland noticed “hairy” clumps floating in raspberry flavoured bottles in four separate cartons. Despite this, the products remained on sale around the country.

Less than a week after the original mould discovery, Coles customer Glenn posted on Facebook that “cotton ball-like” material was floating in his unopened bottle.

Subsequent inspection of stock by Asahi and Aussie Growers found mould in about one in seven bottles.

Asahi claims Aussie Growers, owned by Modafarri and Sons Group, provided goods that “were not fit … for ultimate consumption by customers of those supermarkets and retailers” by virtue of being “adulterated or contaminated”.

Asahi issued a writ to Aussie Growers on June 14, which the Victorian company has until June 24 to respond to.