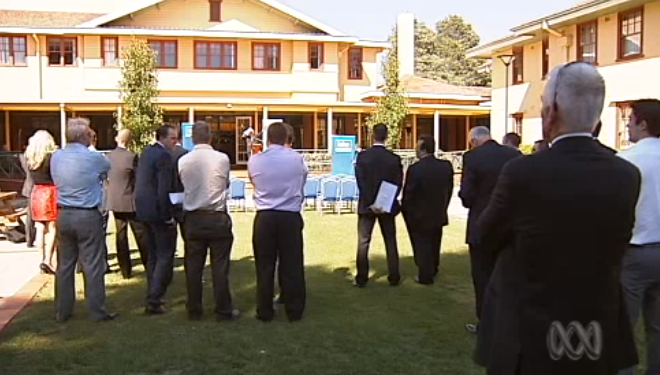 Canberra’s Hotel Kurrajong has changed hands in a multi-million dollar sale to a Sydney-based hotel chain.

Toga Hotels and the NRMA bought the historic building at auction on Wednesday for $7.65 million.

Built during 1925-1926, the hotel on National Circuit in Barton was designed by Commonwealth architect John Smith Murdoch, who also designed Parliament House and the Hotel Canberra (now the Park Hyatt).

Former prime minister Ben Chifley called it his home away from home, and preferred to live there rather than move into the Lodge. He suffered a fatal heart attack there in 1951 while leader of the opposition.

Toga spokesman Michael Herman says the hotel will keep its art-deco elegance and the name Kurrajong.

“We’ve got some experience with heritage hotels, we own a number of motels that are heritage listed,” he said.

“For us there’s always something unique in the story and I think people come to stay in heritage hotels for more than just a bed. So it’s a very exciting prospect.”