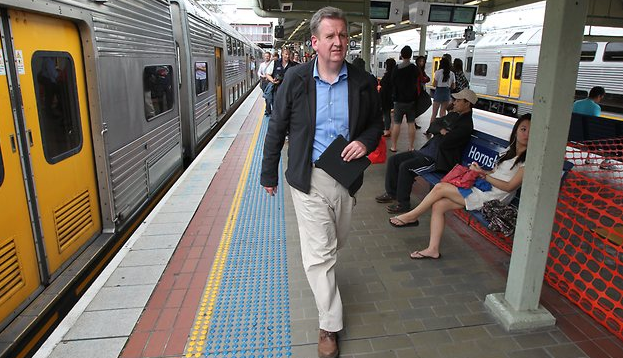 A housing development in Canberra has been approved under a flight path despite the universally acknowledged truth thatthis will inhibitair traffic to the airport when the warned owners get sick of the noise.

An ineffective Canberra Airport will pave a political path for Barry O’Farrell’s plans for a high speed rail link between Sydney and Melbourne, and tourism will suffer until this long-fantasised about infrastructure is agreed upon.

NSW on Tuesday approved the rezoning of the Tralee Housing Development to allow 2000 new homes south of Queanbeyan in a $400 million venture.

But the federal Labor government says the development under the Canberra Airport flight path will stymie its use as a second airport for Sydney.

But NSW Planning Minister Brad Hazzard disagrees, instead accusing the federal minister of being the one playing games.

“The only issue he’s been particularly interested in was having a political mud-slinging fight today,” Mr Hazzard said, adding that the move was supported by other ALP politicians such as local federal Labor MP Mike Kelly and NSW opposition planning spokesman Steve Whan.

Mr Hazzard said the development was “logical, sensible, and merit-based”, striking a balance between allowing Canberra Airport to grow while delivering much-needed housing to the area.

The original proposal has been cut in size by 20 per cent. Houses will be required to have noise insulation installed and prospective buyers must be notified about the potential for aircraft noise.

But Canberra Airport manager Stephen Byron said he was stunned by the decision, especially after seven inquiries had recommended against the development.

Mr Byron said people at Jerrabomberra in Queanbeyan had been warned they were building near flight paths 14 years ago but to no avail.

“If you build houses under flight paths … they complain,” he told ABC radio.

“That’s why Tralee cops it – it never used to – because the noise has been moved from Jerrabomberra because they complained about the noise and they’re a highly effective lobby group.”

Canberra Airport’s expansion plans were now “very much in the air”, he added.

Mr Albanese also refused to rule out court action over the issue, saying he had already appealed to the state government to review the decision.

“Building housing right under a known flight path, when there are alternative options available, seems short-sighted and completely disregards the economic benefits an airport – particularly an international airport – will bring to the local area,” managing director Felicia Mariani said in a statement.

Passenger traffic at Canberra Airport is forecast to grow by 36 per cent in the next decade, with an average 97 flights a day over the Tralee area.

There was no curfew at Canberra Airport so residents under the flight path would be affected by aircraft noise around the clock, he said.

ACT Chief Minister Katy Gallagher hoped the federal government would do what it could to avoid such an outcome or the alternative of noise-sharing across established Canberra suburbs.

“But I think from the ACT government’s point of view, there is very little we can do,” she told reporters in Canberra.