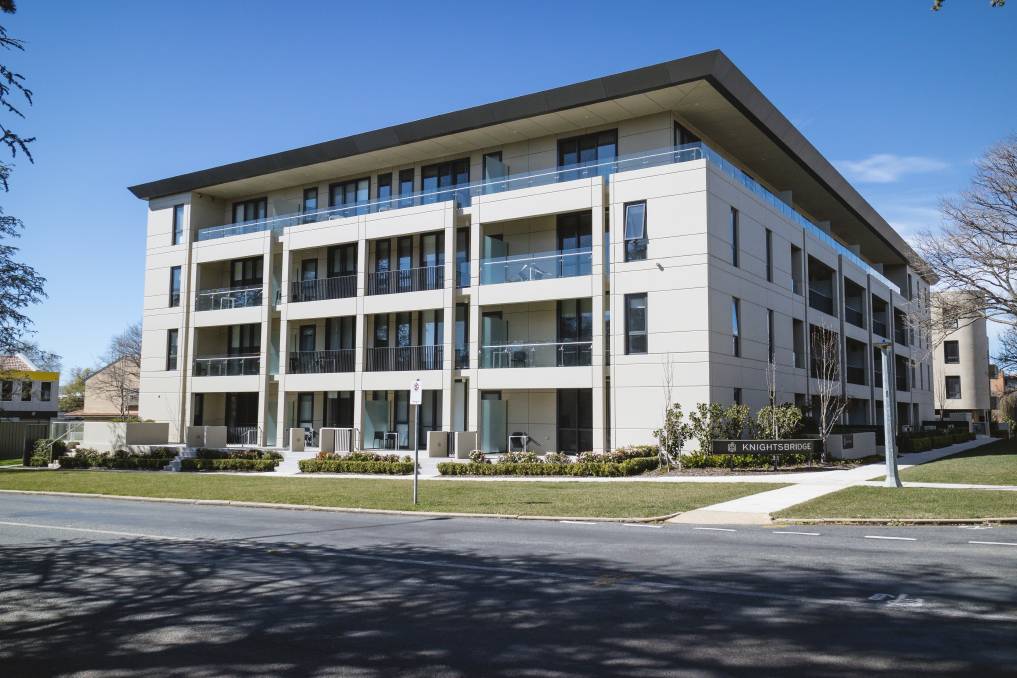 Canberra’s peak hotel industry group is attempting to effectively shut down a high-end Kingston complex, claiming it is operating as a defacto hotel without proper approval.

The Australian Hotels Association has asked Access Canberra to issue a “controlled activity order” to the owners of Knightsbridge Canberra, which would force the serviced-apartment complex on Leichhardt Street to cease trading.

Lawyers for the association have alleged that Quanton Pty Ltd, a company headed by prominent developer Josip Zivko, is using the land for a commercial purpose, despite only residential use being allowed under the crown lease and planning approvals for the site.

An ACT government spokesman confirmed Access Canberra was investigating the matter, but said it was not in a position to provide any further information or comment.

In its application to Access Canberra, the association’s lawyer, Minter Ellison’s Ben Fuller, alleged the owners were using the land for a “commercial accommodation use”, which was at odds with planning approvals and crown lease conditions for the corner block.

Documents obtained by The Canberra Times show that in March 2015, the ACT Planning and Land Authority approved Quanton Pty Ltd’s application to build 56 residential units and three levels of basement car parking at the site.

Five months later, the government granted the owners a crown lease to use the land for “the purpose of multi-unit housing”.

The block is zoned RZ5, or for high-density residential, which prohibits so-called commercial accommodation uses.

The hotels association’s ACT general manager, Anthony Brierley, said repeated complaints to the government about Knightsbridge Canberra years had not resulted in any action.

“At the end of the day we felt like we were coming up against a brick wall, so this is the circuit breaker we think we need,” Mr Brierley said.

“It seems to be quite flagrant – it’s clearly a commercial use.

“For some reason, the government and the regulator have not been of that opinion and it kind of bewilders us.”

Mr Brierley said his members were concerned that allowing Knightsbridge to continue operating would set a precedent which meant “any building could become a hotel”, without being subject to necessary approvals and oversight.

“Hotel planning is a rigorous and involved process, but one of the positives is the certainty – you know where they can be built so you know where competition might pop up.

“That this property is allowed to exist, it completely underwrites that. The same goes for residents, they could have a hotel pop up anywhere, even in their own building.”

Mr Brierley expected there were similar case across Canberra, particularly given Airbnb’s entrenched presence in the the nation’s capital and other cities.

The Canberra Times sought a response to the hotels’ association claims about Knightsbridge Canberra from Mr Zivko.