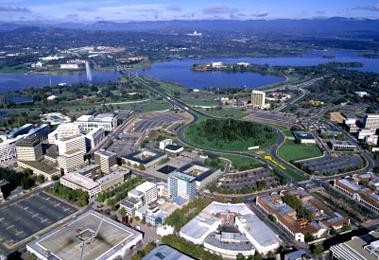 There is an old advertising adage that it is 5x cheaper to keep an old customer than aquire a new one.

Australian National University’s Andrew Hughes says the new ACT marketing campaigns that embrace social media do so at the expense of older visitors, the inevitable consumers of Canberra’s national icons.

The Centenary of Canberra 2013 celebrations  and the Like Canberra campaign, both managed by Australian Capital Tourism and with tell-tale stablemate branding also seem to categorise visitors into ‘people who like food’ or ‘people who like art’.

Hopefully the Centenary will be a great success for Canberra, but to succeed Australian Capital Tourism need to remember one of the golden rules of marketing; that ease of access is 50% of marketing.

Australian Capital Tourism need to be working with hire car companies to capitalise on traffic between Sydney and Melbourne. There is no point in Canberra being ‘Liked’ by Sydney design agency types that don’t own cars.

You can’t fake cool in tourism. You need to be convenient too.

Two ACT government-funded social media tourism campaigns are generating buzz online, but they might be targeting the wrong people.

”Canberra as a market appeals to people in their retirement years who visit because they want to see all the national icons,” Mr Hughes said.

”Social media and this style of campaign appeals more to flash backpackers who don’t consider Canberra a great place to visit.”

But Australian Capital Tourism director Ian Hill said the social media human brochure campaign was designed to broaden the appeal of Canberra to all ages.

”There’s a lot of research showing people of all demographics are looking online when they’re thinking of booking holidays. This is a really innovative way of ensuring we’re in that space and it’s an opportunity to attract a broad range of people,” Mr Hill said.

During the campaign, 500 domestic travellers visit Canberra on an all-expenses paid trip on the condition they share their experiences via social media. Two hundred and fifty of the holiday makers touch down this weekend, with the remainder arriving next February.

They will be shown the best of the city and surrounds in four themed itineraries, arts and culture, food and wine, nature and outdoor adventure and family friendly. Most visitors to Canberra are domestic travellers, the majority arriving to visit friends or family, followed by those here for business.

Just 23 per cent of interstate visitors stay to holiday.

Mr Hill said the goal was to encourage more outsiders to talk about Canberra.

In contrast, the $150,000 ”Like Canberra” campaign asks locals what makes them proud of their home city.

The advertising campaign will encourage Canberrans to share their favourite places and activities as a part of the $30 million Centenary Canberra project.

”The ‘Like Canberra’ campaign isn’t about tourism, but no doubt it will have positive spin-offs,” Mr Lasek said.

”We need to generate a bit of Canberra pride and this will help give Canberrans some ammunition when the national pastime of Canberra-bashing pops up.”

Pearce subsequently apologised to the city via The Canberra Times, describing himself as ”a dickhead” for mocking the city.

Mr Hill said 3.75 million Australians had already been exposed to the human brochures campaign and more than 31,000 people had entered in the hope of being among the 500 travellers.