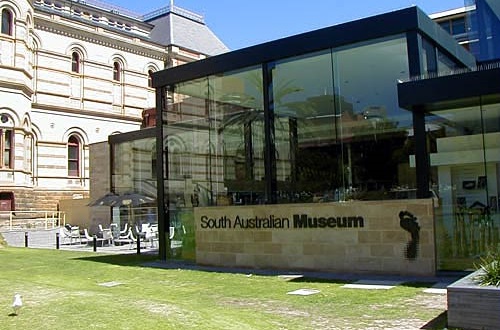 THE world’s oldest evidence of life, until now seen by only a handful of scientists, will be on show from today in a new public gallery.

The 3.8 billion-year-old stromatolite fossil will be included in a new permanent gallery at the South Australian Museum, which features previously unseen fossilised remains from the Ediacaran period, more than 500 million years ago.

It is a bittersweet occasion for paleontologist Jim Gehling, who fears for the future of the home of the collection, in the Flinders Ranges, 300km north of Adelaide. The owners of Nilpena station, who protectively guard the world’s best collection of fossils from the period, have put their property up for sale.

“The leaseholders of Nilpena station, an incredibly valuable site, are selling the property,” Dr Gehling said.

“They have been allowing us to work there and have been protecting the site to prevent people doing what they have in the past, which is just going in and helping themselves to fossils. These are the only fossils on earth which don’t deteriorate in the open. It’s a bit like Aboriginal art — to take them off-site is just sacrilege.”

The study of the area, looking at entire sea floors, was being followed by scientists from around the world, he said.

It it understood the owners hope to sell the pastoral property to a conservation group so it can be converted to a nature reserve to secure the future of the valuable fossil deposit.

“This is the window to the Flinders for people who can’t get there,” he said. “All animals, even those that eventually swam and chased each other and vertebrate animals like us had an origin, and that origin is somewhere in that Ediacaran gallery.”

The international geological timescale was not revised to include the newly created Ediacaran period until 2005.

Don’t name an ugly fossil after your wife

They don’t do too badly in the social stakes for critters that have been dead for millions of years, just don’t name an ugly one after your wife.

Sir David Attenborough visited them last year, and a whole heap of film crews are on their way for some photo-ops this calendar year. The Ediacara fossils are a pretty special bunch, even if they do look like woven doormats.

The fossils near Parachilna have been collecting friends ever since they were discovered by Reginald Sprigg in 1946. Dr Jim Gehling is a paleontologist and was visiting Nilpena Station this week. He was there to open a monument that commemorates the National Heritage Listed status of the Ediacara fossils.

They were funny creatures who didn’t have a spine or a shell or bones, and some of them looked a bit like jellyfish. Others, according to Dr Gehling, look like corrugated doormats.’

Dr Gehling is an old friend of the fossils. He actually named one of the little gelatinous things after his wife.  She wasn’t too flattered because the little critter was “lobe-y and squishy.”

Listen to the interview with Dr Gehling by clicking the link below, it first aired on Mornings with Ann Jones.

Also, there’s a pic in this gallery of Dr Gehling showing Sir Attenborough around the fossil site.

Other ediacara bits and pieces from the ABC: the black market; Catalyst; Big Red Roving.