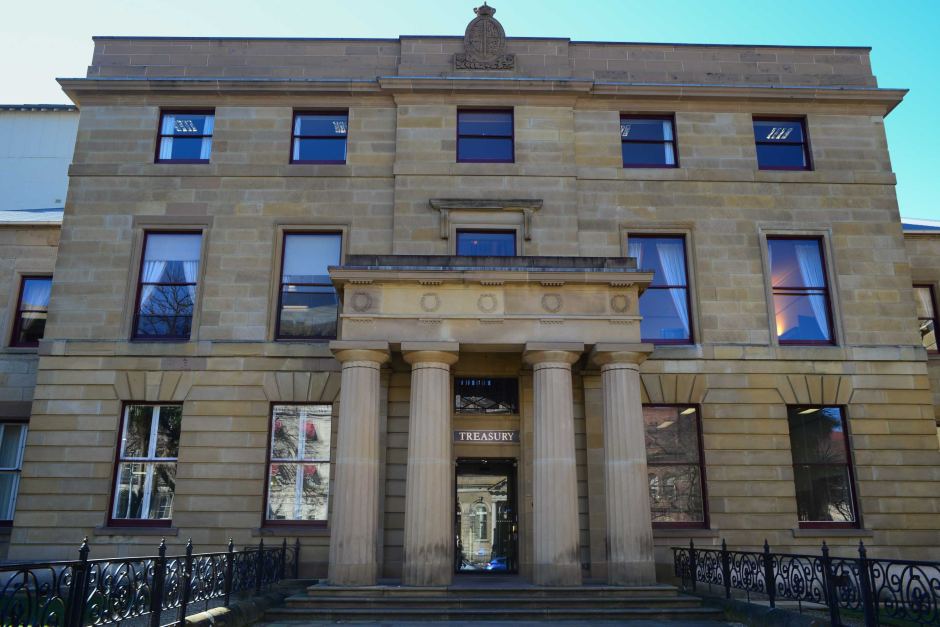 TTN, 9th October 2015: Hobart’s prized former Treasury building (pictured) appears to be the first development to come to fruition in Tasmania after a much-supported ‘unsolicited proposal’ framework was implemented in the state. There’s just one catch for the public – if the project is an unsolicited proposal, the framework says planning can remain secret.

Labor calls for transparency over any sale of Treasury building

From the Hobart Mercury, 1st October 2015

IF the Liberals are thinking about selling Hobart’s historic Treasury building, they should do it though an open process, Labor says.

The landmark Treasury complex in the city’s centre has been eyed off for years as a prime spot for a development such as a luxury hotel.

In State Parliament last week, Premier Will Hodgman rejected Labor’s assertion that Cabinet had approved a “secret plan” to sell the building.

But the State Government hasn’t ruled out discussions with would-be buyers and under the Liberals’ unsolicited bids framework, such talks can be carried out in secret.

Since the Premier said there had been no decision on a secret sale, the Mercury has asked:

HAS Treasury or the Department of State Growth provided any advice to Government on the sale or lease of the Treasury buildings?

HAS the Coordinator General had any discussions regarding the future of the buildings?

HAS Cabinet given any consideration to selling or leasing the buildings?

A State Government spokesman issued the following response to the questions: “There has been no decision to sell the Treasury building. If that position changes, we will announce that in due course.”

Shadow Treasurer Scott Bacon said the State Government was obliged to be open about any plans or discussions around selling the buildings.

“The Treasury building is a historically significant heritage structure owned by the people of Tasmania,” Mr Bacon said.

“The Government has an obligation to consult with the public before it starts doing private deals with developers.

“The Premier indicated in Parliament last week there had been no discussions about selling the Treasury building. If that is not true, the Premier needs to explain why he misled Parliament.”

However, any developer interested in a public building or site can initiate a discussion with the Government.

Last November, the State Government announced a framework to allow developers to pitch projects directly without going through a tender process. BIG,  bold projects will soon be pitched directly to the State Government without a tender process under a policy announced by the Liberals.

Projects with a minimum private investment of $10 million that directly generate at least 100 local jobs will be eligible for consideration within the unsolicited proposal framework.

The announcement has been welcomed by the tourism industry and the proponent of a $2.4 billion hospital on the Queens Domain.

But the Tasmanian Greens say the policy will open the door to a corruptible process.

Growth Minister Matthew Groom said similar guidelines existed in other states, but Tasmania lacked a way for developers interested in public buildings and sites to engage with the Government without jeopardising their intellectual property.

“If a proponent approaches the Government with a unique use for Government-owned property, the Government can’t deal directly with that proponent, even if the proposal has clear value and benefit to the state,” Mr Groom said.

The guidelines, to begin on January 1, will apply to new “unique or innovative” proposals initiated by the private sector.

To meet the unsolicited proposal guidelines, a project must:

BE unique or innovative and not able to be delivered via normal procurement processes.

ALIGN with the Government’s policies and strategic objectives.

REPRESENT value for money and benefit the Government and broader community.

DEMONSTRATE a need and appetite for the project and be in the public interest.

But Greens leader Kim Booth was suspicious of the policy announcement.

“The Greens are concerned about the timing of this announcement given the expressions of interest process for development in our special national parks closes at the end of this week,” he said.

“The only ‘unique’ thing about this proposal is that it takes Tasmania back to the bad old days of secret deals for secret mates.”

Mr Groom said the aftermath of Tasmania’s successful Chinese presidential visit and TasInvest summit was a good time to push ahead with policies to attract investment.

“This is about seizing the moment for Tasmania,” he said.

Proposals will be lodged with the newly established Office of the Coordinator-General.

Mr Groom said projects would be rigorously assessed and subject to planning processes.

Tasmanian engineer Dean Coleman, who leads the consortium proposing the new hospital precinct near the Hobart Cenotaph, said the policy was fantastic for Tasmania.

“From day one, we have been talking to the Government about an unsolicited bid policy. It will generate an enormous amount of investment in Tasmania,” he said.

“From a tourism perspective, we’ve seen this type of policy bring forward in other states major investments in hospitality and tourism activity,” he said.